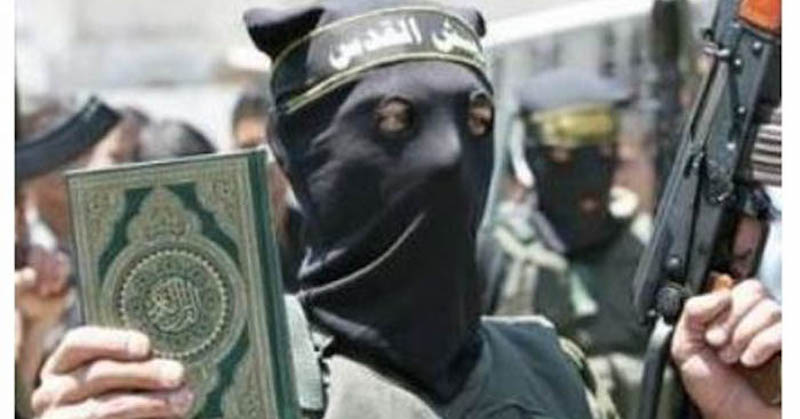 As his presidency winds down, Barack Obama is desperately trying to shift the blame for the spectacular rise of ISIS under his watch.

This week, he laid the blame at the intelligence community. In an interview with CNN, he said that the rise of ISIS wasn’t on his “radar,” something they vigorously dispute.

“The ability of ISIL to not just mass inside of Syria, but then to initiate major land offensives that took Mosul, for example, that was not on my intelligence radar screen,” Obama told CNN. Intelligence officials dispute Obama’s claim, saying he ignored the warning signs in favor of his narrative that he successfully withdrew the U.S. from the Iraq war.

[T]here were, in fact, more than hints of the group’s plans and potential. A 2012 report by the United States Defense Intelligence Agency was direct: The growing chaos in Syria’s civil war was giving Islamic militants there and in Iraq the space to spread and flourish. The group, it said, could “declare an Islamic state through its union with other terrorist organizations in Iraq and Syria.”

“This particular report, this was one of those nobody wanted to see,” said Lt. Gen. Michael T. Flynn, who ran the defense agency at the time.

In 2009, Obama was more concerned with pulling troops out of Iraq as soon as possible than addressing the terrorist threat in the headlights. Obama – wrongly – believed that historic lows of violence in Iraq justified his swift withdrawal from Iraq, The Daily Caller reports.

For the two years since the 2012 report, with troops leaving Iraq, the situation deteriorated with little or no interest from Obama.

Experts generally agree that Obama’s 2011 precipitous withdrawal, both diplomatically and militarily, from Baghdad resulted in the isolation of Sunnis, the demoralization and corruption of the Iraqi Security Forces (ISF), what later turned into fertile ground for the initial rise of ISIS.

ISIS roared to the forefront of media coverage in 2015 after it undertook a military campaign across Anbar province in Iraq, culminating in the seizure of the city of Mosul. Mosul is the second largest city in Iraq with a population of nearly 1.5 million.