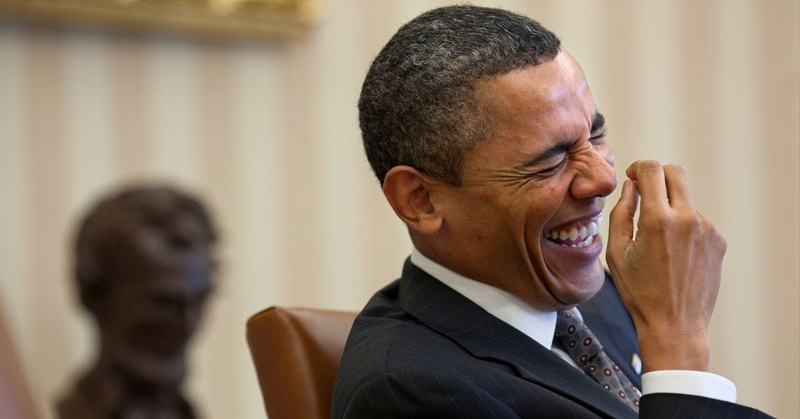 Was this their plan all along?

Obamacare is circling the toilet of bad public policy. Insurers are backing out, premiums are skyrocketing, and Americans – especially much-needed healthy Americans – aren’t signing up.

This was all predicted.

Republicans and many health policy experts said this would happen – that’s one of the reasons the GOP wouldn’t sign off on it.

So now that the obvious has come true, Barack Obama is floating an idea to save the entire system: Go full-steam into true socialized medicine, complete with the dreaded “public option.”

In an article for The Washington Post,  Dr. Ezekiel Emanuel, a former Obamacare top official, said he had a fix for the problems. He offered a five-prong solution, but one in particular stands out: A public option.

He says that “we should consider a public option,” because “consumers should never be subject to the whims of insurer withdrawals or withdrawal threats,” The Daily Caller is reporting.

Just a few weeks before, Barack Obama “authored” a piece in the Journal of the American Medical Association. In it, he argued that progress on Obamacare is through “continuing to implement the Health Insurance Marketplaces and delivery system reform, increasing federal financial assistance for Marketplace enrollees,” and by “introducing a public plan option in areas lacking individual market competition.”

With the system near collapse, both the President and his cronies are right to be concerned. The latest major insurers to pull out are Aetna and United Health. In many parts of the country, there is simply one option left – making the notion of a health care “marketplace” laughable.

A “public option” is essentially a “government-sponsored and government-run insurance plan, probably modeled on the traditional Medicare program, which would be offered to customers on the exchanges as an alternative to the private-insurance plans,” according to the American Enterprise Institute.

Unlike private insurers, who have to set prices through negotiating with hospitals and physicians, publicly run insurance plans would not have the necessity to negotiate. Rather, a public option would be in the business of setting prices, not market equilibrium.

As far back as 2014, Dr. Emanuel (who is the brother of Obama buddy and Chicago Mayor Rahm Emanuel) hinted that if the entire system begins to collapse, a “public option” might be the best bet.

Even back in 2007, part of Barack Obama’s original campaign platform called for socialized medicine.

Just two years later, in 2009, we saw what appear to be the president’s true feelings on the national stage. Obama told the Washington Post that he thought a public option would provide the most Americans the greatest access to healthcare.

That same year, in an interview with Univision, Obama said a public option in the exchanges is “something that we can still include as part of a comprehensive reform effort.”

At the 2013 CEO Conference in Washington D.C., Obama ardently defended Obamacare against claims of socialism and stated that his “health care reform is based on the private marketplace.”