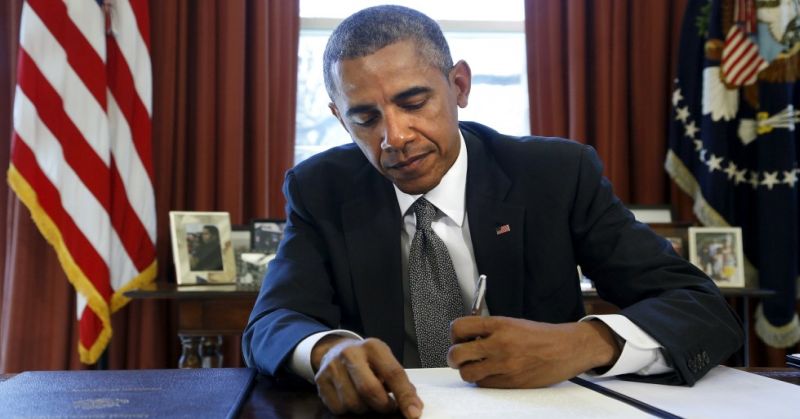 Obama says the government needs to take more territory under their control in order to protect ocean ecosystems and “create a natural laboratory that will allow scientists to monitor and explore the impacts of climate change on these fragile ecosystems.”

The Daily Caller is reporting:

President Barack Obama will quadruple the size of federally-controlled ocean and land northwest of the state of Hawaii, banning all commercial fishing and mineral extraction from the region

[…] Obama is expanding the Papahānaumokuākea Marine National Monument — 582,578 square miles — four times the size it was when originally designated by President George W. Bush in 2006. The expansion comes just after Obama created a 87,500-acre national monument in Maine to commemorate the 100-year anniversary of the National Park Service.

The Federal government owns extensive territories, particularly in the west.

Of course, protecting America from Americans is part of the role of government, according to progressives.  That’s why Americans should not only be banned from commercial use of territory, but shouldn’t be part of the process which decides what areas are subject to federal claim.

Obama used the Antiquities Act to designate 265 million acres of public land as monuments during his time in office. That’s more than any other U.S. president in history, sparking concern from lawmakers he’s abusing his authority.

“The only votes taken on this proposal, at the local and state level, have demonstrated opposition from Mainers,” Utah Republican Rep. Rob Bishop said of the new Maine monument.

“If the President cared about local voices and improving our National Park System, he would have done this through the public process and not behind closed doors,” Bishop said. “Instead, he’s hijacked a moment of celebration to advance powerful elite special interests over Maine’s economy and citizens.”

A great deal of progressive legislation takes place “behind closed doors.”  Whether it involves gun ownership, or where you’re allowed to fish.

If the common good is common, then why not allow the people to decide what it is?