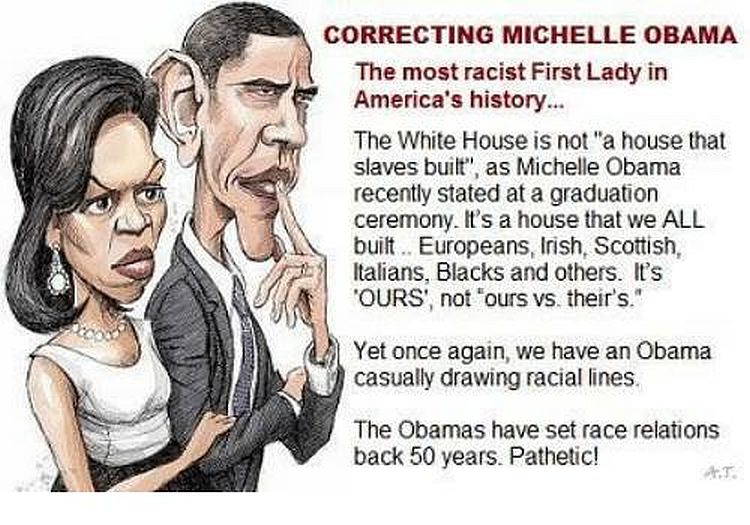 If Michelle Obama is so offended by the White House, and says that it’s built by slaves… Well, the door is right there…

But apparently she and Barack don’t exactly want to leave. They plan on sticking around once their tenure in the “House that slaves built” is over.

Robert Gehl reports that for the first time in almost a century, an outgoing President will remain in Washington D.C. after his term is up.

Why did it have to be Obama?

The President announced a few months ago that the First Family would have to stay in Washington for another “couple of years” while their youngest daughter, Sasha, finishes high school. She’s now 14 years old and will be a sophomore at the prestigious (and wildly expensive) Sidwell Friends School when her father leaves the White House.

The Independent Journal Review has discovered the home that the Obama’s will be living in. It’s a nine-bedroom, eight-bath home in Washington’s Kalorama neighborhood – where other mansions are owned by ambassadors, politicos and “titans of industry.”

The 8,000 square-foot house, which Redfin estimates has a current value of $6.35 million, is owned by Joe Lockhart, who is no stranger to adjusting to life after the White House. 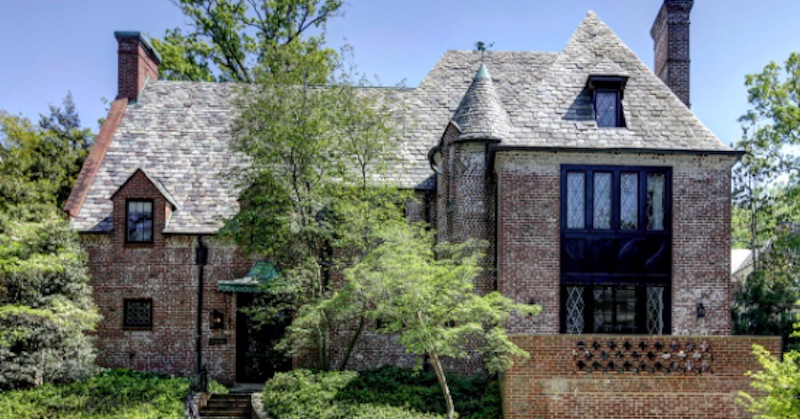 Lockhart was press secretary and senior advisor to President Bill Clinton from 1998-2000; in 2004 he served as an advisor to John Kerry when the then-Senator, now Obama’s Secretary of State, ran for President.

Lockhart is a founder of Glover Park Group, a D.C.-based consulting firm, however, in January of this year, he became executive vice president of communications for the NFL, and moved to New York City. Lockhart’s Washington home, where he lived with his wife, Giovanna Gray Lockhart, the D.C. editor of glossy women’s magazine, Glamour, has been without a full-time resident ever since.

There has been much speculation about where the Obama’s planned to live with real-estate agents working feverishly to vet properties all around the metropolitan area.

But the Obamas apparently worked privately with Lockhart for a lease agreement on the home. IJReview describes it as “bright and airy,” with a large back patio, parking for up to 10 cars and a full mother-in-law suite (perfect for Marian Robinson, Michelle Obama’s mother, who has been living in the White House since 2009. 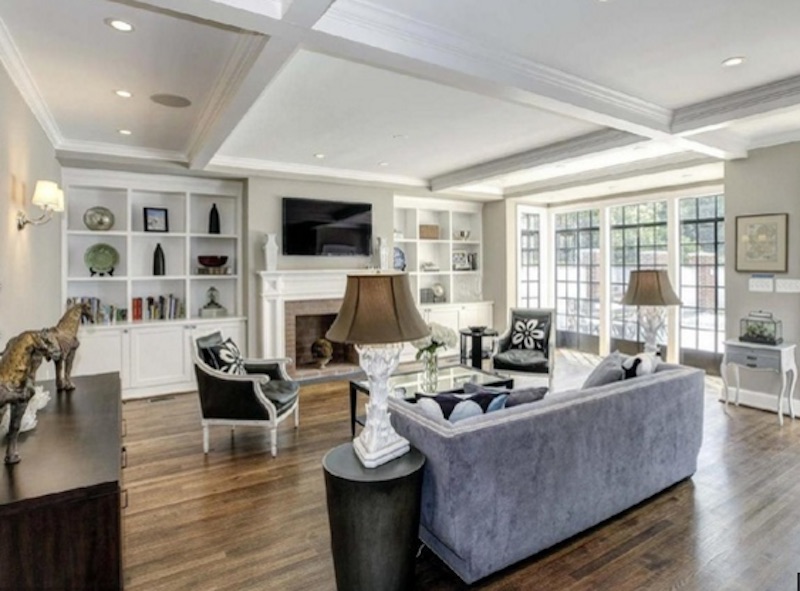 The location of the house, on a quiet street directly across from a wooded swath of Rock Creek Park, appears ideal to suit the residential requirements of a former President.

There is minimal traffic, and the neighborhood is one of the most policed in Washington, thanks in large part to its proximity to ambassadorial homes and embassies—the embassy of Oman and the Islamic Center of Washington are less than a block away. United States Secret Service patrol cars, as well as private diplomat security teams, monitor the area at all times.

The home is also close to the Vice President’s mansion on the grounds of the Naval Observatory and not too far from one of Hillary Clinton’s many homes.