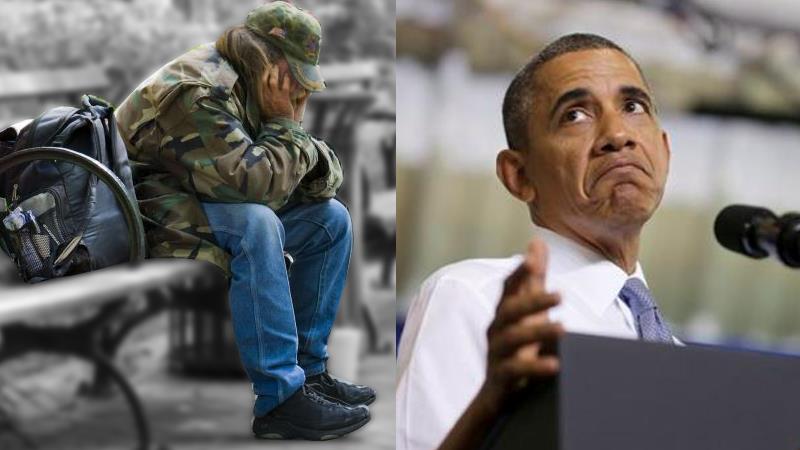 Five years ago, President Barack Obama promised to end veteran homelessness, but like Jon Conradi, a contributor for Laura Ingraham’s lifestyle website Lifezette, pointed out, “thousands of our nation’s finest [still] remain without a home.”

As many as 840,000 men and women who have served in the uniform of the United States went to sleep without a home on at least one night in 2014.

Many combat veterans find themselves homeless through the evil of drug addiction — of every 10 veterans returning from overseas conflicts in Iraq and Afghanistan, one of them suffers from substance abuse. […]

And one in every three of those veterans is also suffering from post-tramatic stress disorder. Many fall through the cracks, get lost in the bureaucratic flurry of papers, and disappear onto the streets.

Obviously, we all knew from the get-go that Obama could not really end something as complex as veteran homelessness. The problem lies with the fact that Obama prefers blessing Syrian immigrants and illegal immigrants with undeserved freebies instead of trying to at least take care of our much more deserving veterans.

Speaking of which, the Veterans Administration remains as backlogged and dysfunctional as before.

“In our view, the administration has done absolutely nothing,” explained Dan Caldwell, legislative and political director of Concerned Veterans for America. “In fact, they held up things that could make things better.”

Alabama Republican Rep. Bradley Byrne echoed this sentiment, saying, “I see no improvement at all.”

Yep. Instead he cares about everybody else, including those who do not even respect our laws …