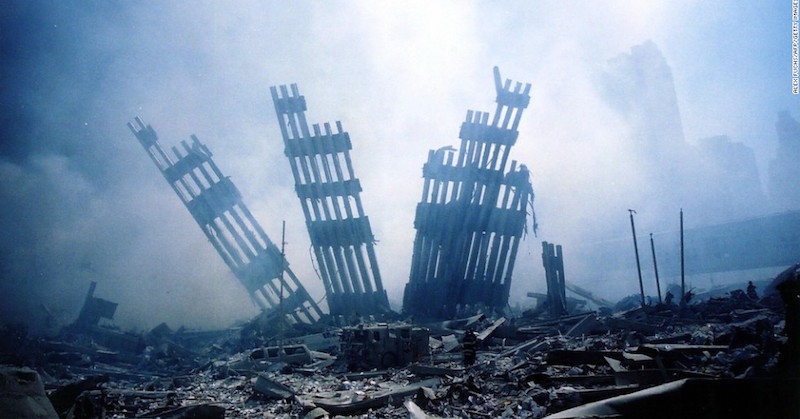 The families of 9/11 victims are furious that Barack Obama is trying to block a bill that could potentially hold Saudi Arabia responsible in American courts for the terrorist attacks.

The country has threatened to sell off hundreds of billions in U.S. assets if Congress passes the law, which would make it easier to sue the authoritarian kingdom in U.S. courts.

Most economists are skeptical that the Saudis would ever follow through on the threat, as it would cripple their own economy, but the Obama Administration is still lobbying hard against it.

It’s part of a pattern of siding with Saudi Arabia over the 9/11 victims that infuriates the families. They have insisted that classified documents detailing the country’s involvement in the World Trade Center attacks be released – something the Obama Administration (and the Bush Administration prior) have been reluctant to do.

“It’s stunning to think that our government would back the Saudis over its own citizens,” said Mindy Kleinberg, whose husband died in the World Trade Center on Sept. 11 and who is part of a group of victims’ family members pushing for the legislation, the New York Times is reporting.

The Senate bill clarifies that the immunity typically given to foreign nationals doesn’t apply in terrorism cases. The Obama administration claims the bill would “expose the United States of America to lawsuits and take away our sovereign immunity and create a terrible precedent,” Secretary of State John Kerry said.

But the bill’s sponsors say the legislation is written so narrowly that it would only apply to attacks on American soil and that other countries wouldn’t “fight back” with their own legislation.

The Saudi threat – to sell off up to $750 billion in assets – is an empty one because it would not only be difficult to accomplish, but would cause global market turmoil for which the Saudis would be blamed.

The only way they could punish us is by punishing themselves,” said Edwin M. Truman, a fellow at the Peterson Institute for International Economics.

The bill is an anomaly in a Congress fractured by bitter partisanship, especially during an election year. It is sponsored by Senator John Cornyn, Republican of Texas, and Senator Chuck Schumer, Democrat of New York. It has the support of an unlikely coalition of liberal and conservative senators, including Al Franken, Democrat of Minnesota, and Ted Cruz, Republican of Texas. It passed through the Judiciary Committee in January without dissent.

Relations with Saudi Arabia has frayed under Barack Obama as he seeks closer ties with Iran, the Saudis bitter enemy.

And last week, two senators introduced a resolution that would restrict arms sales to Saudi Arabia, which has increased under the Obama Administration.