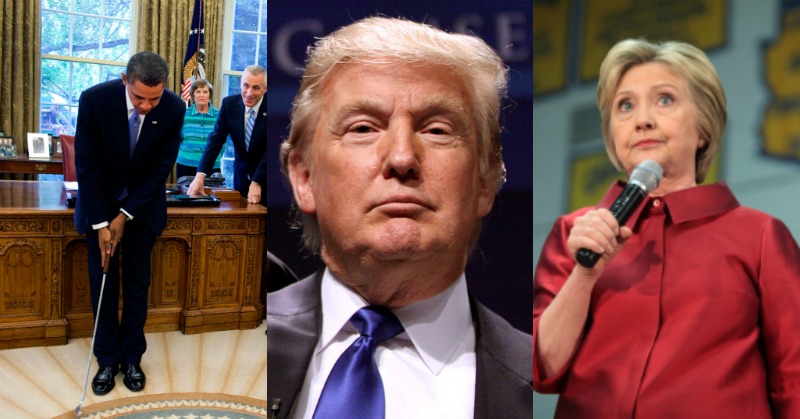 President Obama made criticizing former President Bush about his response to Hurricane Katrina a major part of his campaign. As we reported here at TFPP, the difference between the two presidents in handling respective disasters in Louisiana does not bode well for Obama — and it looks like people are taking notice.

Young Conservatives reported that President Obama will finally pry himself away from his vacation to go down to Louisiana, ten days after disastrous flooding hit the state.

The reaction on social media proves that people are wising up to the failure and hypocrisy that are the Obama administration’s legacy:

@ABC So what? He already proved he doesn't care. First golf, then raise money for Dems. "Oh, that's right, I might look bad. Ok, let's go."

@Breaking911 Someone tell him he's late, Trumps already down there handing out supplies. Might want to wake Hillary up too

@Breaking911 Tell Obama to just stay at the Vineyard until December and then move out of the WH as soon as possible.

Talking Points Memo reported that Louisiana Democrat Gov. John Bel Edwards told MSNBC’s Rachel Maddow that a visit by the president would put a strain on resources and encouraged him to wait “another couple weeks.”

While this may or may not be an attempt by the Democrat governor to cover up for the president’s failings, many have argued that Obama should have cut his vacation short. Even if he didn’t go down to Louisiana right away, continuing his vacation — of which he has already taken plenty — certainly doesn’t look good.

Fox News pointed out the obvious double standard of media coverage. Bush was widely criticized by the liberal mainstream media for the response by the federal government — largely an issue with people not understanding how it actually works — and ironically, for taking too long to come back from his vacation.

Obama will visit Louisiana ten days after his vacation ends, whereas Bush cut his vacation short two days after Katrina hit in 2005 and flew to New Orleans, according to Fox News.

According to Fox News, the disaster in Louisiana saw the deaths of 13 people, with upwards of 85,000 people registered for federal disaster assistance, over 30,000 people rescued, and approximately 40,000 homes damaged.

Despite all this, Obama couldn’t break away from his golf game…but you know what motivated him to take a breather? Money and politics.

Obama made time to fund-raise for Hillary Clinton during his vacation, but didn’t see fit to cut his vacation short and do his job, according to Breitbart.

Bottom line: once again, clearly Trump gets it whereas Clinton and Obama simply don’t.

Fortunately, Trump is there to fulfill the role of president even before he’s elected, since Clinton and Obama clearly aren’t up to the job.