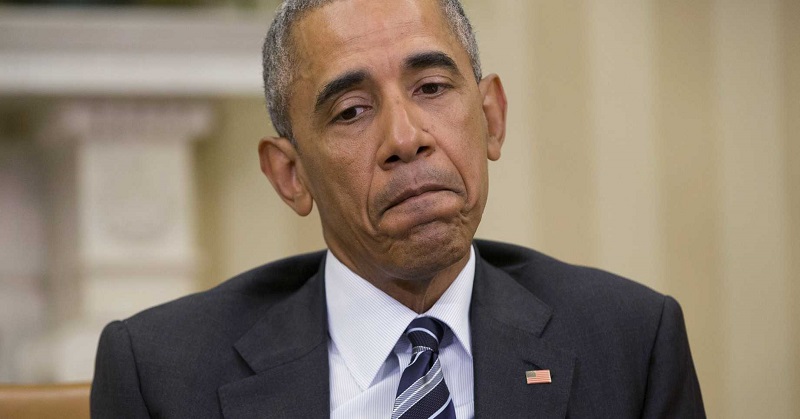 Has he learned nothing?

Nope! Barack Obama’s learned nothing and he’s the first to admit it.

In an interview with New York magazine, Obama said that in the near-eight years he’s occupied the Oval Office, and back to his time in the Senate, he has not changed his view of the world one little bit.

The world is on fire, America is polarized – politically, socially and racially, the economy is at a crippling crawl and Barack Obama has learned nothing?

Related: Obama Announces He’ll Be MUCH More Vocal After He Leaves Office

Fixated on his legacy, Obama is the only one left to do so. Everyone else has turned their attention to Nov. 8. This gives him plenty of time to reflect on his two terms as president – leader of the free world – and his reflection amounts to: nothing.

The interview is a testament to the man’s over-inflated ego. Turning failures into perceived successes, he pretends that Al-Qaeda has been dismantled, Iraq is a peaceful utopia and he single-handedly ended all “dumb wars.”

I generally try to do what I say I’m gonna do. So it was always my belief that Iraq was a mistake. It was never my belief that it was a mistake for us to try to entirely dismantle Al Qaeda. I had been very clear about the fact that one of the reasons Iraq was such a strategic mistake was because it took our attention away from finishing the job in Afghanistan. And I never made the claim that I was a pacifist. The speech where I announced my opposition to Iraq, the key tagline was “I’m not opposed to all war. I’m opposed to dumb wars.”

I was very explicit about the fact that there are times where we need to deploy our military to protect American interests and the American people. But we should be wise and restrained in how we use that power. And so when this topic came up, it wasn’t that complicated for me. In fairness to John McCain and also some of the other candidates in my own party at the time, their general argument was “Maybe you do it, but you don’t signal it,” right? You don’t tell people that that’s what we’re doing. And that was part of conventional wisdom here in Washington.
My view was that, when I’m running to be the commander-in-chief, certainly it was important to tell the American people my core values and my core policies — that once I was president, I’m sure there would be some institutional constraints in terms of how I talk about issues, but basically in that debate I said to people what I thought.

And this is our commander in chief – as he prepares to write his memoirs, it’s not that he’s purposely trying to gloss over the mistakes he’s made.

It’s much worse: he doesn’t think he’s made any mistakes at all.