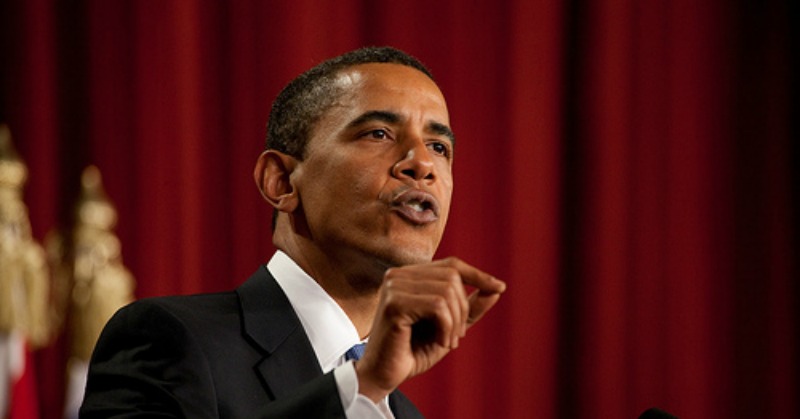 President Obama can’t be bothered to cut his vacation short to do his job as residents of Louisiana grapple with disastrous flooding, but his administration does have time to send an offensive memo.

The Washington Times reported that the Obama Department of Justice sent a 16-page guidance to Louisiana residents on Tuesday who are receiving federal disaster assistance, warning them not to engage in “unlawful discrimination on the basis of race, color, or national origin (including limited English proficiency).”

The memo states that the guidance’s frameworks “highlight the importance of complying with nondiscrimination requirements of civil rights statutes, addressing the needs of the whole community, and ensuring equal opportunity to access recovery efforts.”

Louisianans are struggling to help themselves and their neighbors with food and shelter in a disaster that has seen the deaths of 13 people as well as the damage of over 40,000 homes, but the Obama administration thinks a lecture on diversity is most important.

Some were rightfully offended by the inappropriate memo, including The American Conservative’s Rod Dreher, who said in a post on Thursday: “E]verywhere you look you can find black folks and white folks loving on each other, helping each other through this crisis.”

Dreher referenced Obama’s refusal to leave his vacation in his rebuke of the “long bureaucratic memo” sent to Louisianans by the “Department of Justice and many other agencies of the executive branch overseen by He Who Cannot Be Troubled to Leave Martha’s Vineyard.”

The memo cited instances they deem discriminatory from previous disasters such as Hurricanes Katrina and Rita in 2005, including “numerous media reports [that] showed images of African Americans stranded on roofs in New Orleans.”

The memo also referenced a renter who preferred to rent to “two white females” in an ad directed to disaster evacuees. Funny, I don’t remember a memo going out about the Claremont Colleges students who put an ad out where they refused to room with white people…

While Drehrer said that Louisianans need to “own our mistakes” when it comes to discrimination, he noted that during this disaster, the last thing they needed was a lecture that ignores the way the community has come together including people of all races.

Drehrer cited a local man named Jimmy who told him in an email that “not many things get me seething, but this does,” and called the Obama administration”dividers instead of uniters.”

The email went on to say: “Look no further than this ‘guidance’ press release telling us in the middle of it to be sure not to be racist, y’all. Meanwhile, our President enjoys golfing and Martha’s Vineyard and sunny skies. No visits, not even that reviled [George W.] Bush flyover. Just politically motivated, radically laced memos.”

Nice job Obama, way to miss the mark yet again!