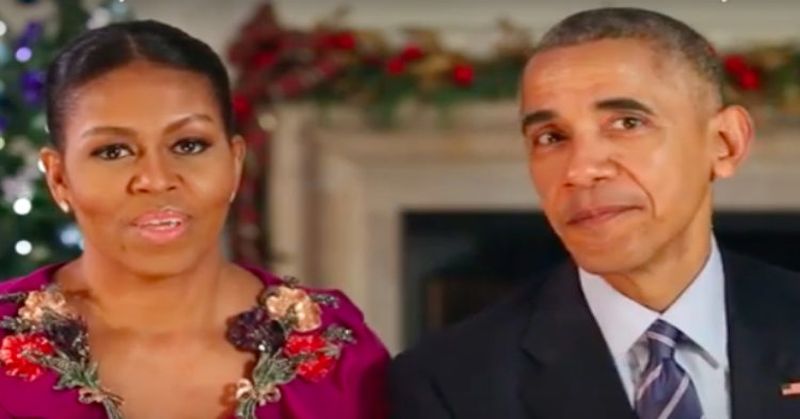 President Barack Obama released his final Christmas address from the White House, alongside the First Lady, and used the opportunity to tell Americans that he did a great job as president and that by being the president, he made America look great in the eyes of other countries.

Doing what he does best, Obama got in front of a camera and told people he’s a great leader.  He told Americans, as a special Christmas greeting that was sure to warm the hearts of many liberals, that thanks to him, we have less to worry about now when it comes to unemployment, health care, diplomacy, leadership, “and much, much more.”

Watching Obama’s speeches is sort of like watching a kid present show and tell, and the awesome thing he brought to talk about is always himself.

He puts himself up on a high horse, and lets you know how special he is to you. He tells Americans that people like him make this country great. He tells you that Obama means security, protection, respect, leadership, protection again, and tolerance.

White House: Weekly Address: Merry Christmas from the President and the First Lady

In the Saturday address, he revisited some of the key initiatives passed during his administration.

“Together, we fought our way back from the worst recession in 80 years, and got unemployment to a nine-year low. We secured health insurance for another twenty million Americans, and new protections for folks who already had insurance. We made America more respected around the world, took on the mantle of leadership in the fight to protect this planet for our kids, and much, much more,” he said.

The Obamas also talked about their Christian values and encouraged Americans to be welcoming of all faiths and religions.

That certainly was moving, Mr. President. I’m glad you found some time for Christmas in your self advertisement.