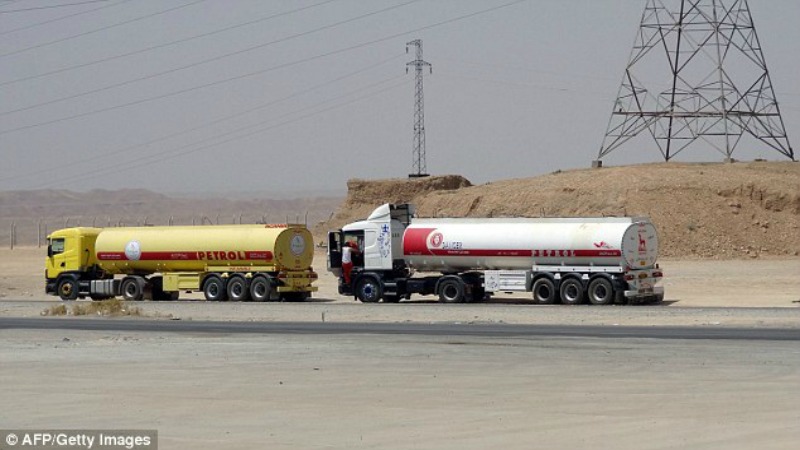 Obama’s handling of ISIS and Islamic extremists in the United States and the Middle East has been pathetic at best and extremely dangerous for this country and the entire world.

A recent report shows that the Obama Administration JUST NOW started trying to take out structural supports of ISIS.

The worst part is that this is Obama’s version of an “escalation”. He could have taken out ISIS tanker trucks along time ago, but then the drivers would have died. (Via J.E. Dyer)

“In Al-Bukamal, we destroyed 116 tanker trucks, which we believe will reduce ISIL’s ability to transport its stolen oil products,” Warren said. “This is our first strike against tanker trucks, and to minimize risks to civilians, we conducted a leaflet drop prior to the strike. We did a show of force, by — we had aircraft essentially buzz the trucks at low altitude.”

The leaflets, which fluttered to the ground about 45 minutes before the strikes, simply said: “Get out of your trucks now, and run away from them. Warning: airstrikes are coming. Oil trucks will be destroyed. Get away from your oil trucks immediately. Do not risk your life.”

“We combine these leaflet drops with very low altitude passes of some of our attack aviation, which sends a very powerful message,” the colonel added.

So after all this time, they came up with a great plan; drop flyers on ISIS trucks so that the drivers, who may or may not be ISIS members, can run away in time. Meanwhile ISIS gets 45 minutes of warning.

If the left stays in power, the Islamic Nazis will win in this version of history.

How is the United States expected to win the war against Islamic extremists if we aren’t really fighting it?