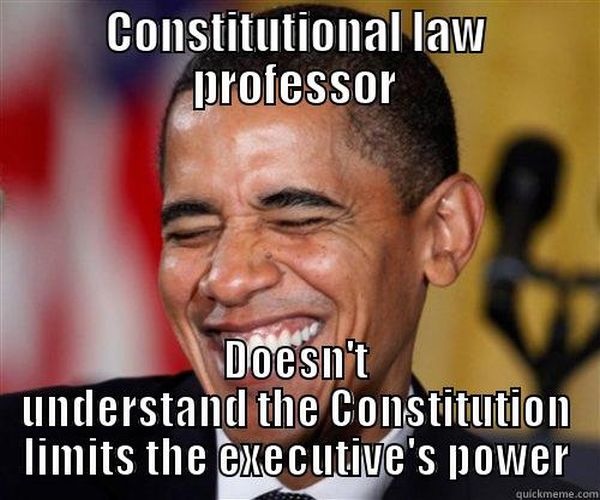 When Barack Obama was defending his gun-control Executive Orders, he said they were Constitutional. Why? Because he was a “Constitutional Law Professor,” by golly! And he should know.

This has been repeated often in the liberal media. As a “constitutional law professor,” we should trust him and take his actions not as an attempt to usurp the checks and balances in the Constitution, but rather a new and perhaps novel reading of the document he taught in school.

Except it’s all bunk.

Obama was never a “constitutional law professor” at the University of Chicago. He was a “lecturer.” There’s a big difference. “Professors” are full-time and often tenured scholars. They are often required to do research and are integral parts of a college community.

A “lecturer” (and I know, I was one) is someone brought on to teach a few classes and then go home. They don’t participate in the shaping of curriculum, they’re not tenured. Much of the time they’re local celebrities who are brought on to make the school look good. As The American Thinker points out:

He was hired by the University of Chicago when they learned he had been given a book contract on race and law directly after graduating from Harvard.  There was no book – just the contract, which he later reneged on.  This is not the normal level of accomplishment for a University of Chicago professor or even lecturer. 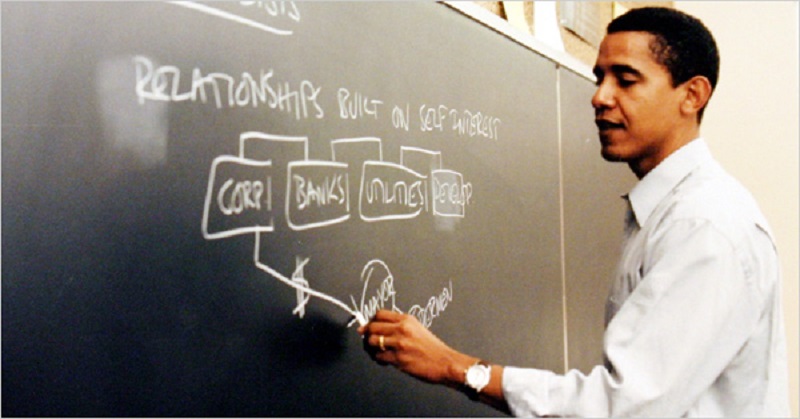 The three classes he taught were about due process and equal protection, voting rights and racism and the law.

Apparently he was popular with his students, The New York Times reports. Perhaps because he liked to make fun of White people:

For all the weighty material, Mr. Obama had a disarming touch. He did not belittle students; instead he drew them out, restating and polishing halting answers, students recall. In one class on race, he imitated the way clueless white people talked. “Why are your friends at the housing projects shooting each other?” he asked in a mock-innocent voice.

Isn’t that funny? Anyway, when you hear Obama or his toadies in the media refer to him as a “constitutional law professor,” you know the truth.