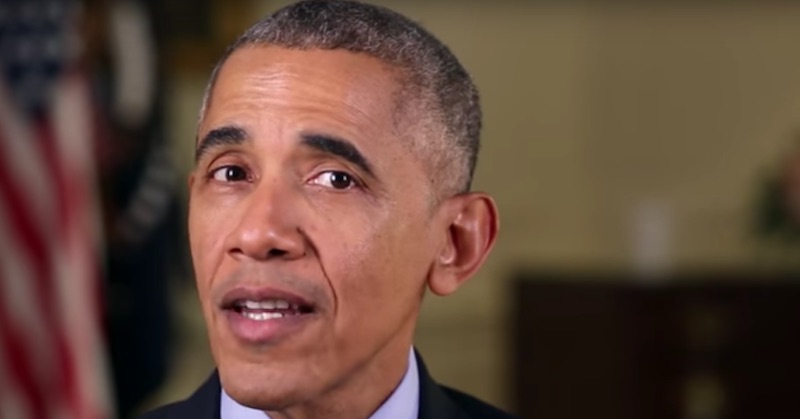 For his final weekly address of 2016, Barack said “You’re Welcome” to the American people.

He took a “victory lap” of sorts … but the track is muddy and he’s running around a tire fire.

But he doesn’t seem to see it that way.

He first tells us that he plans to stick around and continue his … umm, “community activism.”

“As I prepare to take on the even more important role of citizen, know that I will be there with you every step of the way to ensure that this country forever strives to live up to the incredible promise of our founding — that all of us are created equal, and all of us deserve every chance to live out our dreams,” Obama said.

Initially, when Obama was asked about this, he said he would want to live life outside the spotlight for a while and spend some of his time with his family.

But that was when he was sure that Hillary Clinton will be president.

But since Trump’s victory, he is singing a different tune.

He tells us he’s going to be very involved in politics and plans to publicly criticize a President Trump when he wants to.

He used the majority of the less-than-four-minute address to reflect on his eight years in office … his … “accomplishments,” which many would disagree with. Job growth, income growth, bringing home troops from the Middle East [all of these, folks, should come with asterisks (*) and a “not really” disclaimer below.]

He claimed he saved the earth with climate deals, brought back a “resurgent” auto industry, reduced poverty, added 20 more million Americans to the health insurance rolls, signing a (disgustingly bad) deal with Iran, opening up relations with Cuba, and the tour de force, the killing of Osama bin Laden.

“Almost every country on Earth sees America as stronger and more respected today than they did eight years ago,” Obama said. “We have made extraordinary progress as a country these past eight years.”