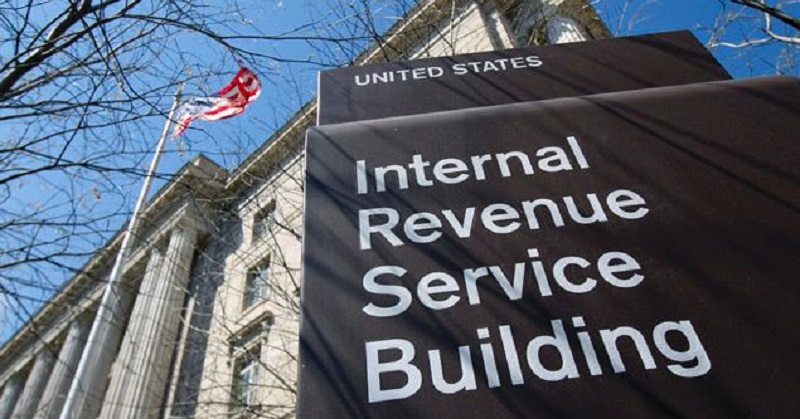 New reports are revealing that Obama’s Internal Revenue Service justified the outright theft of over $43 million from small businessmen and individuals by claiming the citizens violated “structuring laws,” even as there was no evidence of any wrongdoing.

In recent testimony before the House Ways and Means Committee, members heard the horror stories of how the IRS swooped in to confiscate millions from average, everyday citizens who “violated” a law that prevents Americans from putting more than $10,000 in a bank account on one deposit–triggering reporting laws–or breaking up the deposits to stay under the amount.

As the Washington Free Beacon reports, dairy farmer Randy Sowers ran afoul of this relatively obscure law when he deposited a large sum of cash into his bank account. After the deposits, the IRS confiscated all his money because they assumed he was a drug dealer. And despite his proving where it came from and how he got it, the IRS refused to give any of the money back.

“At that point, I had never before heard the term ‘structuring,’ and I had no idea that depositing cash in the bank could even potentially be a federal crime,” Sowers told the committee. “Nobody from the bank or the government warned me that under-$10,000 bank deposits could lead to the seizure of our bank account. Indeed, nobody from the government contacted me about our bank deposits until after they seized our bank account.”

“I was shocked that the government would even consider bringing criminal charges when I had done nothing wrong,” Sowers added. “The IRS agents who came to the farm told me that the judge who approved the seizure had given them the authority to take anything up to $243,455–the amount of cash deposited in the account over a period of eight months.”

The Sowers family attorney told the committee that the IRS rules “criminalize everyday financial transactions that most Americans would never think could be a crime.” The rules also hamper small businessmen who often make such deposits in the regular course of business.

Illinois Congressman Peter Roskam had another example to relay to the committee. A Georgia businessman who was aware of the “structuring law” commonly deposited the money from his insurance business before it reached the $10,000 mark. But even though the law is only supposed to be triggered at the $10K and higher amount, the IRS decided on its own that the man’s constant deposits of just under $10K was “suspicious” and swooped in and confiscated almost a million dollars from him. All without any investigation into the funds, no hearing or any charges filed. The IRS just stole it without recourse.

In previous testimony, IRS Commissioner John Koskinen has “apologized” for the millions stolen by his underlings, but has made no real move to stop it or to return any of the stolen cash. Koskinen further claimed that last year the agency changed its policy on how to handle the so-called “structuring law” but the committee found that no real changes have been made and IRS agents are still harassing small businesses using the law as an excuse.

This is the same IRS found guilty of wasting over $50 million on fake “conferences” for employees, events that were really little else but high class vacations on the taxpayer’s dime.

It is the same IRS that wasted tens of thousands on Star Trek parody videos, and the same agency that spent almost $24 million to pay union members to do union work while being paid by the American taxpayer to be working for the IRS.

Not to mention the same IRS caught harassing only conservative political activist groups in order to shut them down so that Obama and his minions could more easily win elections.

With all this, is it any wonder that many in Congress want to impeach IRS chief John Koskinen?