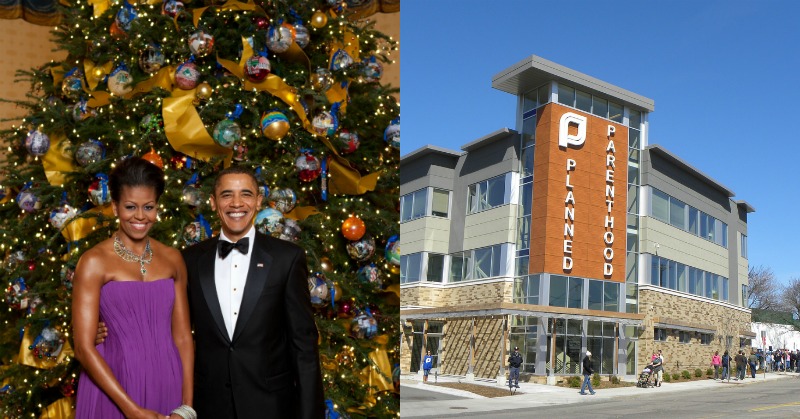 The Obama administration just told states that they have to pay for the murder of babies by making it a violation to block federal Title X funds from being sent to contraception providers that also provide abortions, the Federalist reported.

The final rule was released by the Department of Health and Human Services on Wednesday, which read in part:

In the past several years, a number of states have taken actions to restrict participation by certain types of providers as subrecipients in the Title X Program, unrelated to the provider’s ability to provide family planning services.  This has caused limitations in the geographic distribution of services and decreased access to services.

The final rule clarifies the Title X program regulations by adding that no grant recipient making subawards for the provision of services as part of its Title X project may prohibit an entity from participating for reasons other than its ability to provide Title X services.

Federal law prohibits tax dollars from directly funding abortions, but since the money is fungible, once it gets to a clinic to fund contraception, for example, there’s no saying how that money is used. If that clinic offers abortions, the money could be used to fund the murder of innocent babies by freeing up the clinic’s funds from other sources.

Once again, the Left has found a workaround for their radical agenda. Federal law may say that your tax dollars can’t fund abortions, but if money goes to clinics that offer abortions and states can’t look into how the money is spent or block funds to clinics that murder babies, the federal law is rendered moot.

With the federal law negated by this workaround, Americans are forced to fund murder via their tax dollars. All abortionists have to do is plunk themselves down in a clinic that would put a state in violation of HHS’s rule should they try to block funding and they can get their federal funds.

Obama has repeatedly turned a blind eye to Planned Parenthood’s alleged misdeeds. Last year, when an undercover journalist exposed the nation’s largest abortion provider has been involved in a massive organ trafficking scheme, the president’s Department of Justice decided to go after the group that produced the videos. In them, Planned Parenthood employees admit they were selling organs harvested from the bodies of aborted babies.

Because HHS and Title X are under executive control, President-elect Donald Trump could undo this eleventh-hour rule change once he is sworn into office.

“The Obama Administration will not have the last word,” Rep. Diane Black (R-Tenn.) encouraged pro-life Americans in a statement released Wednesday.

“With this new year comes renewed opportunity to fight for the dignity of every unborn child, the wellbeing of every struggling mother, and the conscience rights of every American taxpayer,” she added.