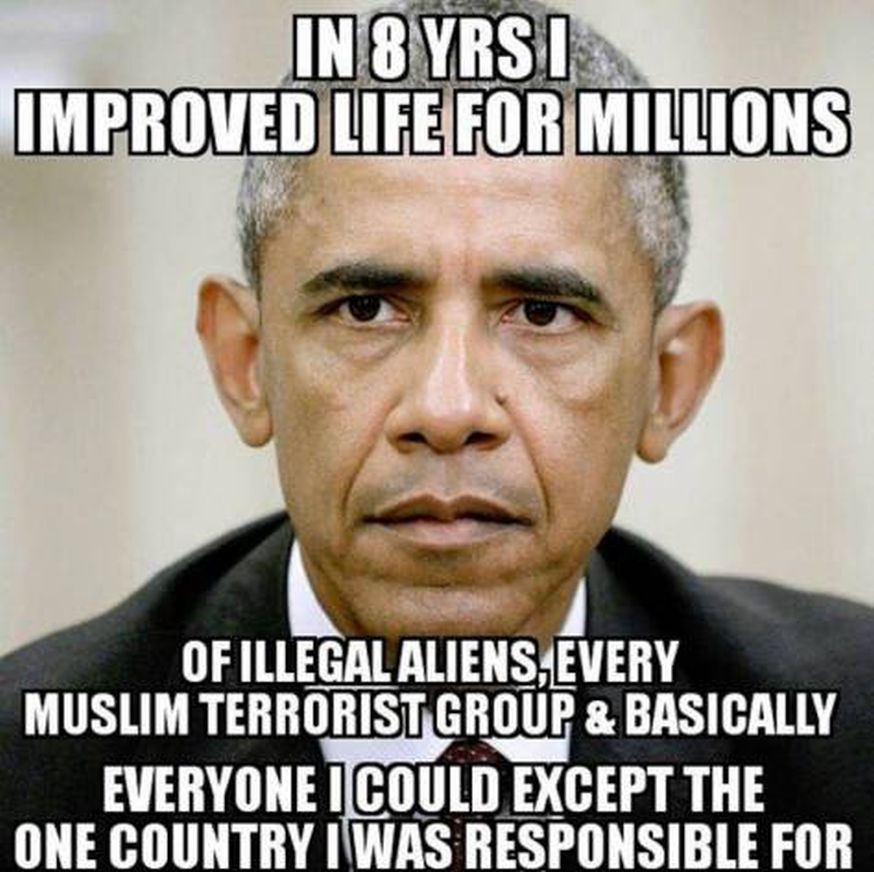 How did Barack Obama become President of the United States? It helped that he was telegenic, eloquent, and offered Americans the opportunity to demonstrate their commitment to racial equality by putting the first black man in the White House, not to mention the fact that 2008 Republican nominee John McCain was an epically bad candidate.

Of course, it also helped that so many in the press intentionally covered up the evidence that he was far more of a fringe figure then his public persona suggested.

Today, more than a year after the end of Obama’s presidency, we’re learning about yet another example of their duplicity. The Daily Caller reports that in an interview with Trice Edney News Wire, journalist Askia Muhammed has revealed and released a photo he took of Obama back in 2005 at a Congressional Black Caucus meeting, but kept hidden for more than a decade.

Why? Because it shows then-Senator Obama standing and smiling next to Louis Farrakhan, the notorious black nationalist and virulent anti-Semite who runs the hate group Nation of Islam. You can see it for yourself right here: In the interview, Muhammed is remarkably blunt about why he kept the image hidden all this time:

The veteran journalist told the news service that he “gave the picture up at the time and basically swore secrecy” to protect Obama.

“But after the nomination was secured and all the way up until the inauguration; then for eight years after he was President, it was kept under cover,” he said, referencing keeping the photo under wraps to protect Obama’s career. “It absolutely would have made a difference.”

Oh, you better believe it would have. Farrakhan’s greatest hits include justifying the assassination of Malcolm X on the grounds that “nation has to be able to deal with traitors and cutthroats and turncoats”; threatening to “punish with death” Washington Post reporter Milton Coleman for revealing that Jesse Jackson had once referred to Jews as “Hymies”; calling Judaism a “gutter religion” and Jews “bloodsuckers”; calling whites un-evolved “potential humans,” “skunks of the planet,” and even the “anti-Christ”; spinning wild conspiracy theories about the government intentionally keeping black communities down; a history of favorable statements toward and alliances with brutal Middle Eastern dictators; and all-around anti-Americanism.

Oh, and he also thinks something called a Mother Wheel from outer space is going to come to earth, destroy America, and save his followers. Yes, really.

The DC notes that Hillary Clinton attempted to make an issue of Obama’s friendliness toward Farrakhan in the 2008 Democrat primary:

Obama’s ties to Farrakhan became an issue during the 2008 campaign, after Hillary Clinton slammed Obama for being slow to disavow the hate group leader’s endorsement.

“I obviously can’t censor him, but it is not support that I sought,” Obama said at the time, according to CNN. “And we’re not doing anything, I assure you, formally or informally with Minister Farrakhan.” Obama added: “I can’t say to somebody that he can’t say that he thinks I’m a good guy.”

Pushed by Clinton, Obama finally denounced Farrakhan, saying that “if the word ‘reject’ Senator Clinton feels is stronger than the word ‘denounce,’ then I’m happy to concede the point, and I would reject and denounce.”

One can’t help but imagine that Team Hillary would have loved to get their hands on this photo. Alas, they were denied by an agenda “journalist” doing for Obama what countless others have done for her. The irony would be hilarious if the consequences from 2009-2016 hadn’t been so devastating.