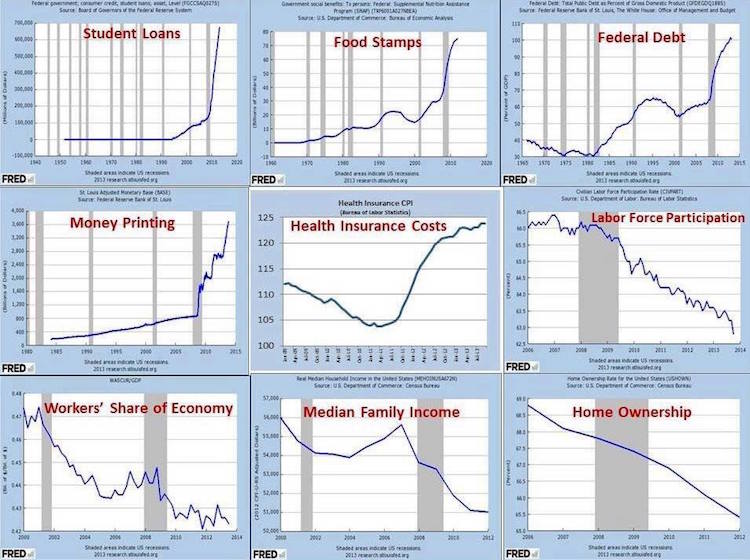 Derrick Wilburn asks: what will be the legacy of Barack Obama’s presidency? Obama is leaving behind a mess. A train wreck.  An utter disaster. But fifty years from now, what will his presidency be remembered for?

The numbers and ways this president has failed are numerous. Feckless foreign policy leading to a complete and total meltdown in the middle-east; more debt added than the previous 43 presidents combined; civil unrest resulting in ten riots, more than one per year, during his tenure; citizens hunting (and killing) police in the streets; lies told in order to pass a piece of legislation bearing his name that collapsed and cost the American taxpayer two trillion dollars.

On and on it goes.

But the true legacy Barack Hussein Obama will be remembered for is his decimation of the Democrat Party. Obama has destroyed Democrats from coast-to-coast in a manner that is astonishing.

Obama’s first midterm election (2010) was disastrous for Democrats. With the birth of the Tea Party movement Republicans gained 63 seats in the House, the largest midterm seat change since 1938, and six Senate seats. That year Republicans gained a record pickup of 680 seats in state legislative races, giving R’s control of 26 state legislatures and dropping D’s to just 15 of 50. Republicans also took 11 governorships from the Democrats for a total of 29. 54 incumbents lost re-election bids that year, 52 were Democrats.

Next, 2014 midterms. Up for grabs, all 435 House seats, 36 Senate seats, 38 governorships, 46 state legislatures. Though it didn’t seem possible, Democrat defeats in 2010 were dwarfed. Republicans gained control of the U.S. Senate for the first time since 2006, increased an already commanding majority in the House and gained two more governorships.

State legislative elections were worse. After the 2014 election the number of Republican-controlled state senates and assemblies rose to 68, the highest number in Republican hands since 1928. The smallest number in Democrat control since 1860.

Thanks to his extreme narcissism, dislike for members of his party, the radicalness of his hope and change agenda, and somewhat lax work ethic – in just eight years Obama has done to the Democrat Party what Republicans couldn’t do in a century. He has obliterated it. But not just in elections and not just the prime time players like Hillary Clinton, he’s wiped out the bench too.

The depth of current and future leaders who are under 55 years of age on the Republican side is impressive – Rand Paul is 53; Marco Rubio, 45; Bobby Jindal, 53; Chris Christie, 54; Nikki Haley, 44; Ted Cruz, 45; Scott Walker, 49.  Who is there on the Democrat side? Chuck Schumer? John Conyers?

So focused has Obama been on remaking America into his uber-Leftist-socialist utopia that he neglected something very important; the people of the USA do not want his vision and its the people who vote candidates and parties into and out of power. He focused on “change” at the expense of focusing on what’s best for Democrats.

What will be the true legacy of Barack Obama? It very well could be a statue placed in his honor right in the center lobby of the RNC building in Washington D.C. Because what this man has done is lay devastation upon the Republicans’ opposition.