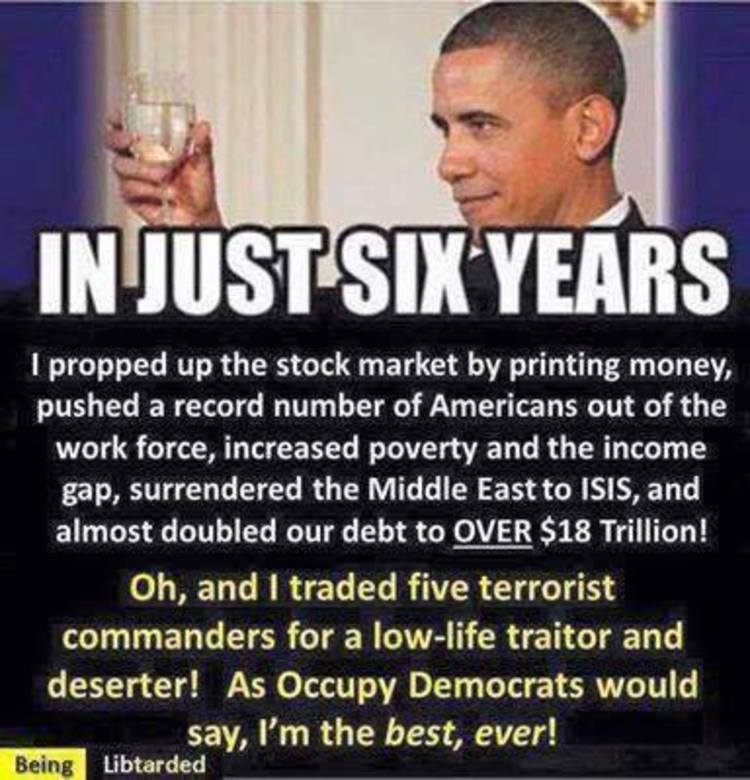 explains how Obama has the wrong focus:

We are at war. It is a global war against radical zealots seeking to create Islamic supremacy through caliphate. A war between barbarism and civilization.

Yet, we have a president in denial, who doesn’t quite believe in the mission. A detached leader who will not do what is necessary to engage successfully with the enemy. So far, Barack Obama has refused to do what needs to be done to win the deepening war, to find a path to victory.

Mr. Obama has the wrong focus. He concentrates on “climate change,” and tells us it is a greater danger to the world than terrorism. While Obama runs around prattling about how we need to worry more about climate change than radicalized groups of killers, a majority of Americans now believe we are not as safe on Obama’s watch as we used to be.

You can be sure the Islamic state warriors are not trembling in their boots over the threat of global warming. And almost all Americans don’t care either. A November poll asked: What is the most important issue we face in America? Ninety-seven percent said “Climate change” is not their top concern, while “Terrorism” was at the top of the list. And yet, Obama plows ahead on a fool’s mission, at the same time failing to quell rising dangers to U.S. citizens.

Obama’s mission includes radical attempts to transform America. Recent Reuters polls revealed escalating numbers of Americans who say they are increasingly unable to recognize their own country because of cultural transformations caused by political correctness, refusals to defend rights contained in our founding documents and reluctance by our leaders to fight evil.

Examples abound. Obama refuses to use the term “Islamic terrorists,” inviting accusations that he’s weak and an Islamic sympathizer. Ineffective vetting of immigrants. Obama is fighting to close Gitmo, the informal name for the U.S. detention center in Guantanamo Bay; he has released dangerous jihadist criminals from Gitmo, including five vicious killers in a swap for the turncoat Bergdahl. At least a third of those released have re-engaged with radical groups.

Obama’s idiotic proposals on gun control would not have come close to stopping the San Bernardino massacre (or any other terrorist attacks). If the murderers had no guns at all, they would have used pipe bombs, knives and explosives to carry out their carnage. The two killers were not even on the FBI’s radar, making Obama’s gun control rhetoric moot. Even worse, the FBI concluded instantly that the shooting was clearly an act of terrorism, but evidence has emerged that the Obama White House moved quickly to apply political pressure on the FBI to “squash the terror classification.” Obama, trying to downplay the incident to avoid a more active role in the Syrian conflict, was wrong again by stating it was “possible that this was workplace related.”

The short story here is that a misguided Obama has consistently failed to recognize the danger of global jihad, and to confront the threat head-on. His reluctance began early, with Obama bragging that al Qaeda was “on the path to defeat,” his pronouncement that ISIS was a “JV team,” reneging on his promise to punish Syria when it “crossed the red line” with gas attacks, his assertion that Islamic State was “contained” just prior to the Paris attacks, and Obama’s pledge that the U.S. homeland was safe from such attacks just hours before San Bernardino.

Even now, detached from reality, Obama has failed to offer any new strategy or respond forcefully enough. It’s hard to conduct a war with a reluctant, inexperienced commander-in-chief at the tiller, unconvinced that the jihadist storm is so evil it must be destroyed, not contained.