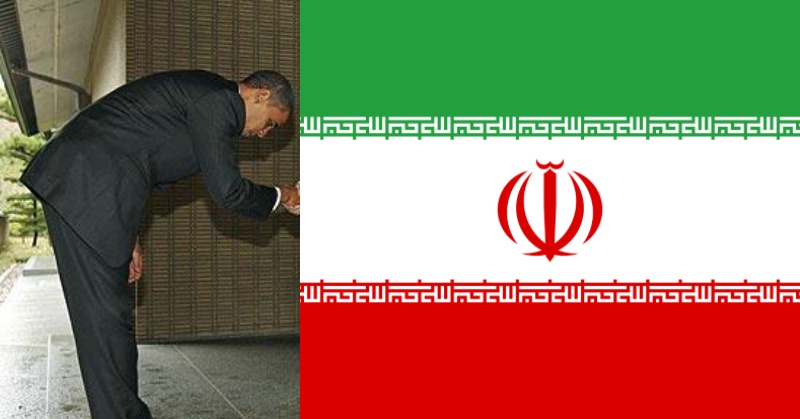 You know how President Obama keeps saying that the Iran nuclear deal is a success despite the fact that we all know it’s a dangerous mess that should have never happened? Yeah, about that. Apparently the deal is “working” because the Obama administration gave Iran — the world’s foremost state sponsor of terrorism — secret concessions.

Iran was given secret exemptions allowing the country to exceed restrictions set out by the landmark nuclear deal inked last year, some of which were made public this week by the United Nations nuclear watchdog and others that are likely still being withheld, according to diplomatic sources and a top nuclear expert who spoke to THE WEEKLY STANDARD.

The International Atomic Energy Agency (IAEA) on Friday posted documents revealing that Iran had been given exemptions in January that permit the country to stockpile uranium in excess of the 300 kilogram limit set by the nuclear deal, experts said. The agreements had been kept secret for almost a year, but recent reports indicated that the Trump administration intended to make them public.

Some details of the exemptions had previously been leaked. The Institute for Science and International Security (ISIS) revealed in September that Iran had been allowed to exceed certain caps in the deal so that the country could come into compliance with the deal’s terms.

Administration officials dismissed the ISIS report at the time, and surrogates who White House officials have described as the administration’s “echo chamber” criticized the organization.

“The administration was really nasty after we released these documents,” David Albright, Institute for Science and International Security founder and president, explained to TWS Friday.

“You just have to ask the question of, what else is being hidden?” said Albright. “The administration did it to try to minimize the chance that people would know what was in these decisions, and certainly keep those people from talking to people like me in the technical community that can actually interpret what’s in those decisions.”

According to TWS, a source that works with Congress on the Iran issue and was also briefed on some of the exemptions confirmed Albright’s assessment.

“The Obama team was just hoping to get through the next few weeks without revealing that they’ve been allowing Iran to go beyond the nuclear deal the whole time,” the source said. “That way the president and Secretary of State Kerry could keep declaring that Iran has been following the deal, and their echo chamber could keep saying the nuclear deal is working.”

“But now it’s public. The only reason that the nuclear deal is still in place is because the Obama team has been secretly rewriting to let Iran cheat. The only question is, what’s still not being told?”

The now-confirmed exemptions reported on by ISIS include allowing Iran to keep low-enriched uranium (LEU) in various forms beyond what’s allowed under the nuclear deal. The concession applies to forms that have been “deemed unrecoverable” for use in a nuclear weapon, and Iran has promised not to build a facility to try recover them.

That language was not included in the deal and as TWS noted, the Obama administration has been unable to defend it. Albright noted:

“If this whole thing rests on [Iran] promising not to build a facility that they’d probably only build in secret if they were going to actually break out, then this material probably should not be deemed non-recoverable.”

“The State Department … deliberately distorted what was in these decisions to make this point that somehow ‘non-recoverable’ meant [the LEU] really would never be able to be recovered, regardless if they build a facility.”

So there you have it. When you add this to the Obama administration’s disgusting actions in regard to Israel last week at the U.N., you see an incredibly disturbing pattern that will hopefully be reversed by Trump after Jan. 20.

As far as Obama’s legacy goes, it’s one of turning away from our ally in Israel and supporting their enemies — the same ones that also want to wipe us off the map. That is despicable.