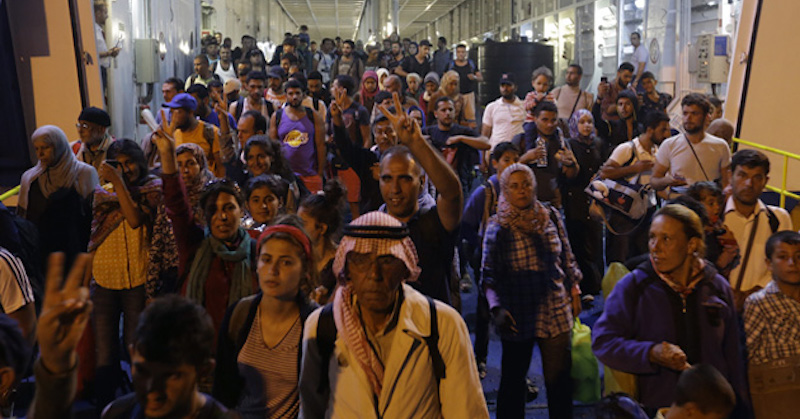 Obama has been quietly pushing plans to bring thousands more refugees into the United States, despite an outcry from lawmakers across the country.

The President’s assistant for immigration policy told a meeting of the National Association of Counties that the United States will be playing a bigger role in the global refugee crisis, The Washington Examiner is reporting.

“We want to make sure that we can increase our numbers of refugees that are able to settle here,” Felicia Escobar said. “The need globally is so, so, so massive right now, given all the displacement and conflict around the world, but we also know that we have to do it in a way that’s smart.”

Under federal law, the administration is allowed to bring in as many as 10,000 refugees per year. The problem is that once the refugees are dumped on the local community, there are few if any resources to take care of them.

But that’s not the half of it, besides being terribly unpopular, more than 90 percent of Middle Eastern refugees are on food stamps or some other form of welfare. On top of that, a sizable minority of Muslim Americans who are second-generation immigrants support jihad. In the latest poll, seven percent said suicide bombings are “sometimes” justified and one percent said they were “always” justified. With almost 5 million Muslims in the country, that amounts to about 350,000 Muslim Americans who don’t oppose suicide bombings.

So far, more than 76,000 Syrian refugees have been placed in over 180 cities in the country, Breitbart is reporting.

Many of these refugees are dropped into cities and towns with little-to-no advance notice. In Greeley, Colorado, Weld County Commissioner Sean Conway recently noted, “Many times we don’t even know that relocation is taking place until it’s going on.”

But those numbers will change … upward.