If you hope to spend summer 2018 vacationing in presidential style, it’s time to act fast. That is, of course, if you have millions of dollars to spare.

The Martha’s Vineyard estate rented by former President Barack Obama and his family for a few weeks in summer 2013 is up for sale for a whopping $17.75 million, the Observer reports.

According to the listing on Sotheby’s, the stunning 7,000 square foot “presidential paradise”, known as Chilmark House, boasts six bedrooms and five full baths across nine-and-a-half wooded acres with beachfront views.

Other amenities include a heated infinity pool, screened porch, outdoor terraces, and half-basketball court. Listing photos of the living room feature a black-and-white photograph of the former President and First Lady back in 1996, which reportedly comes with the home, too. 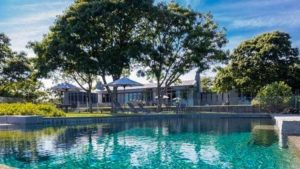 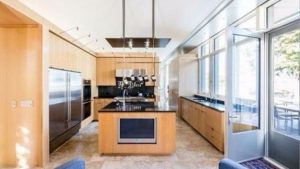 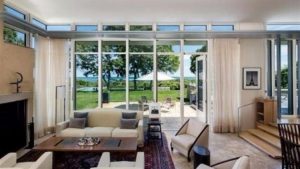 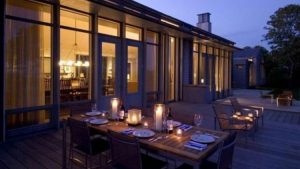 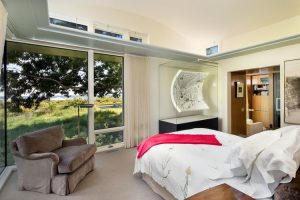 A look inside the master bedroom.

According to Town & Country, Chilmark House is being sold by Chicago-based Obama supporters David and Patricia Schulte, who have knocked $4.75 million off the initial asking price since 2015.

Throughout President Obama’s eight-year administration, he and his family often summered on the star-studded island, renting out Chilmark House multiple times, the Observer adds.

The Obamas, meanwhile, have kept busy amassing their fair share of luxe homes. They purchased a mansion in the Kalorama neighborhood of DC last year, and they’re reportedly checking out apartments on New York’s Upper East Side. There were rumors of the couple wanting a home on Martha’s Vineyard, but in August, a spokesperson for the Obamas denied they planned on buying a permanent place there.

Perhaps, the former First Family will drop by to say hello to the new owners this summer.