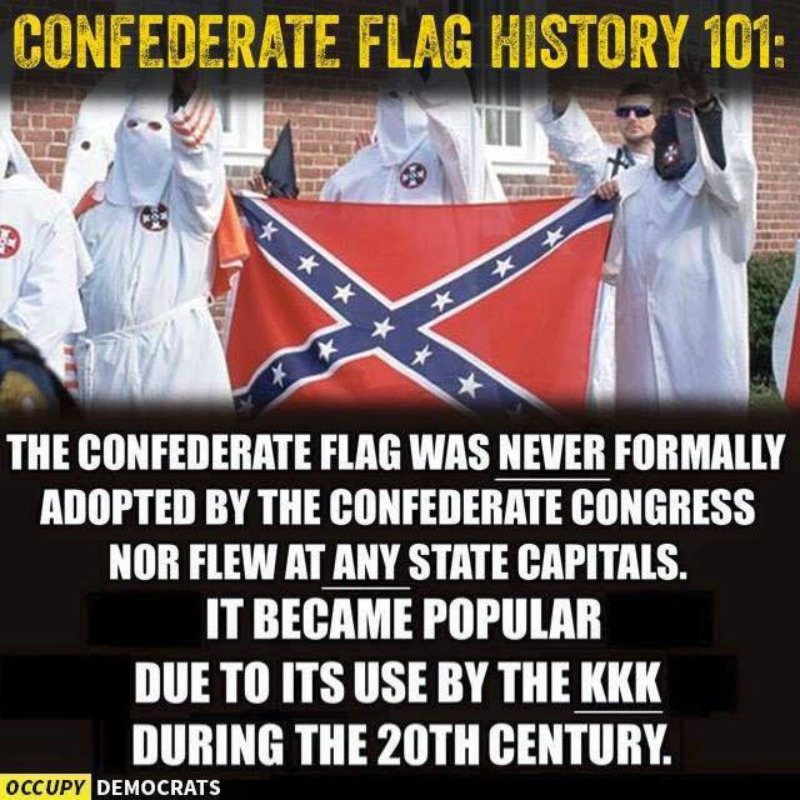 We’re beginning to believe that Occupy Democrats is actually run by someone who is conservative because they consistently make fools out of themselves with ridiculously stupid memes.

The KKK was started by Democrats. Democrats in the KKK lynched black men AND white Republicans who were pushing for Civil Rights.

The Democrat Party has always been the party of racism and hatred and remains so today. They haven’t changed. Their history hasn’t changed but the stupidity and ignorance of their supporters seems to have changed for the worse.

While Democrats have worked hard to lie about and cover up their horrific history, their supporters work even harder to remain willfully ignorant of the truth.

Some history. From NewsTalk:

In effect, the Klan was a military force serving the interests of the Democratic party, the planter class, and all those who desired the restoration of white supremacy.  It aimed to destroy the Republican party’s infrastructure, undermine the Reconstruction state, reestablish control of the black labor force, and restore racial subordination in every aspect of Southern life.

In 1868, the Klan elected its first Grand Wizard, Nathaniel Bedford Forrest.  Decades later, his grandson wrote in the September 1928 issue of the Klan’s Kourier Magazine:

Why don’t Democrats admit the truth? Because they haven’t changed. They simply shifted slaves from the cotton plantation to the government plantation.