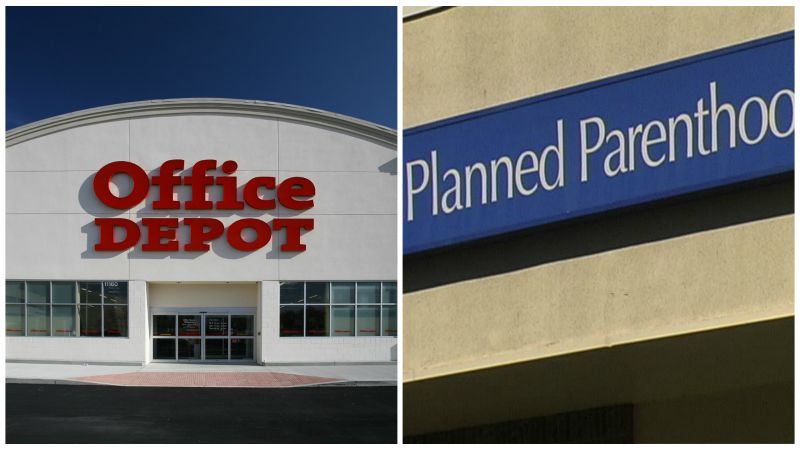 A women went to Office Depot to have some flyers printed for a rally against Planned Parenthood. She certainly wasn’t expecting what happened next.

The flyers simply contained facts to let people know the truth about the organization and included a prayer.

Office Depot may face a lawsuit after refusing to print flyers that criticize Planned Parenthood, saying the flyers “persecute” people who believe in abortion rights.

The employee at the Office Depot refused, citing corporate policy. Goldstein teamed up with the religious liberty group the Thomas More Society and sent a letter to Office Depot demanding they stop discriminating against Goldstein because of her religious beliefs.

You can read the actual flyer below for yourself and there’s nothing about ‘persecution’ of abortion supporters in it. It’s unclear what the Office Depot employee is referring to.

Here we have another case of a private business choosing not to do business with someone based on their beliefs. If this employee denied printing flyers for a gay rights activist, all hell would break loose.

What are the odds anything will come out of Office Depot denying business to a pro-life activist? Slim to none.

This will be an interesting case of hypocrisy if nothing comes out of it as a result. Of course, they are in Chicago so the odds against them winning the case are pretty high.

Private businesses should be able to do business with who they choose but it hasn’t quite worked out that way if you oppose gay marriage. Let’s see if there is a double-standard.