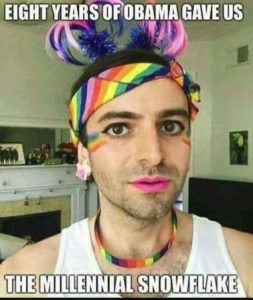 Brian Thomas reports a Californian teachers’ union is starting a campaign to “actualize the definition of social justice” with posters that disguise political agendas as “welcoming environments and safe zones.”

The California Teachers Association has about 325,000 members who are being encouraged to post the flyers “in your school, classroom, and beyond.”

“We believe,” says one of the posters, “Black Lives Matter, women’s rights are human rights, no human is illegal, science is real, love is love, kindness is everything.”

“Free public education is a civil right,” says another, along with a related poster that features the slogan “Keep our public schools public.”

Of course, the union needs to promote itself. “The union makes us strong,” says one poster. 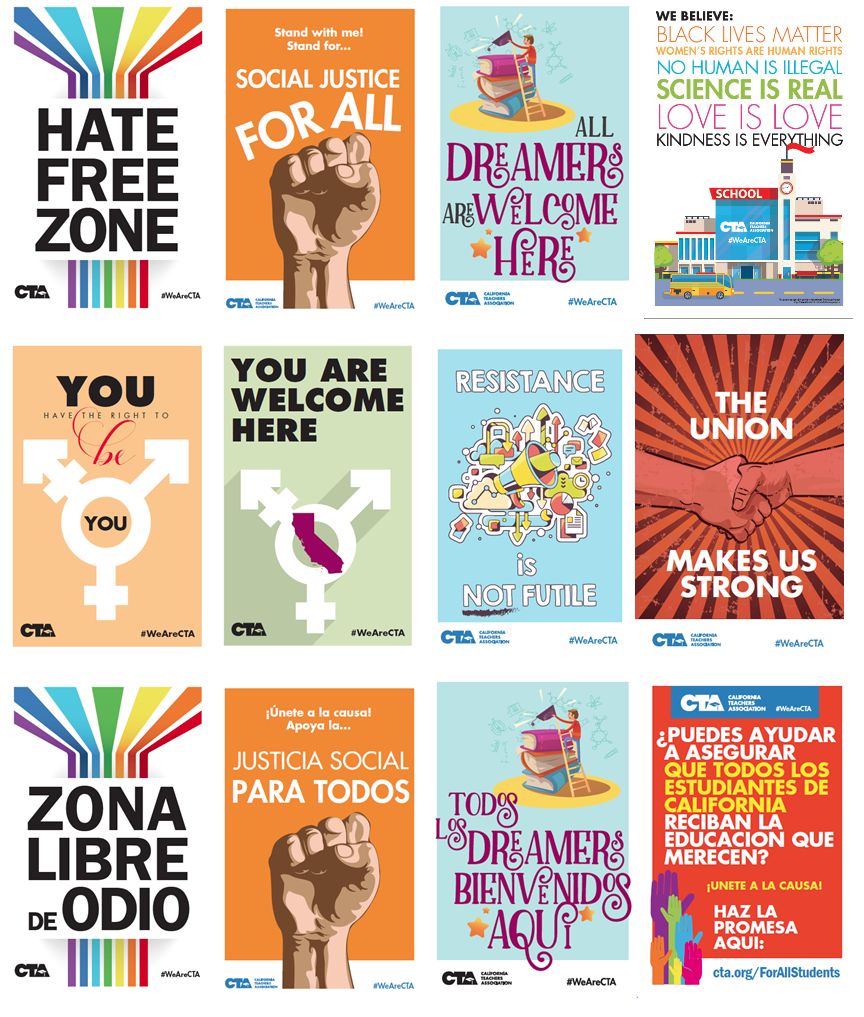 The posters, provided as part of the CTA’s “Social Justice Toolkit” for educators, profess union slogans and far-left political ideology as self-evident truths students are expected to absorb and adopt, while utilizing the style and imagery of communist propaganda flyers […]

The California Teachers Associations’s “For All Students” initiative website claims “The 325,000 members of CTA are committed to making sure all California’s students get the public education they deserve.”

Yet California’s public education certainly doesn’t do that, according to the California Policy Center:

It’s obvious these posters are meant to advance an ideology rather than encourage classroom discussion. And from the perspective of the California Teachers Association, is there any valid discussion to be had about the righteousness of “Social Justice?” The California Teachers Association seemingly regards its posters as declarations of self-evident truths for students to absorb and adopt. Any questioning of the messages on the posters is probably a trick by the ruling class to suppress social justice and maintain its power.

[…] American public school students reportedly finish their education with a deficient knowledge of civics and a lack of familiarity with the foundational documents of their country of residence. Perpetuating this condition, the California Teachers Association posters never mention the Declaration of Independence or the U.S. Constitution. One poster declares a free public education to be a civil right but doesn’t cite a source for this declaration. It’s simply a self-evident truth.

The campaign may claim to promote “all students,” but that’s not clear with obviously political posters that even reference the anti-Trump #RESIST movement.

“RESISTANCE is not futile,” one poster reads.

Way to bring “all” students together… that is, all the ones whose opinions matter to the union.

Throughout the toolkit, the CTA repeatedly advocates for policies that respect “#AllStudents,” though the California Policy Center points out that the union’s campaign itself alienates many families who don’t believe in its far-left ideology.

It’s also an insult to countless low-income and minority students shortchanged by a union monopoly on public education that continues to turn out graduates who can’t read their own degrees, the Center argues.

More self-assured righteousness from the left who think their agendas are merely “social justice” that everyone can agree on.

Let us know what you think, and leave a comment in the section below.