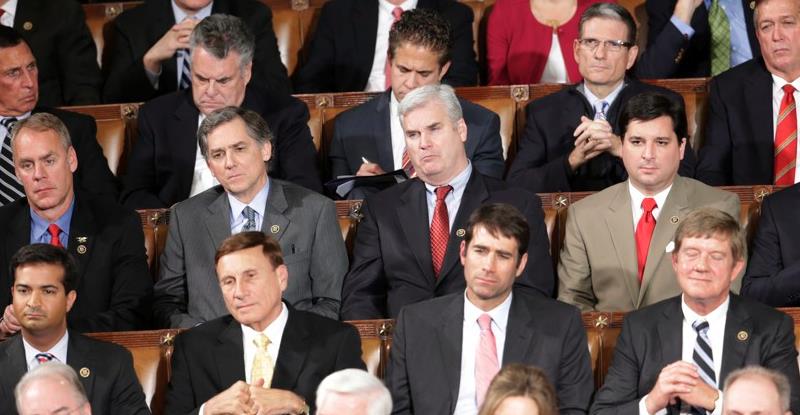 The fact that congressional Republicans constantly blame President Barack Obama’s policies for America’s continued decline but then turn around and fund the very programs that keep these policies in place suggests to me that perhaps we need to replace almost every single one of them.

“During recent interviews, the vast majority of the family units interviewed heard that if they came to the United States they would be able to stay,” Goodlatte said in a statement, reported Breitbart.

“And most of those interviewed stated that it was the U.S. government’s policies that influenced their decision to come to the United States in the first place.”

Yet less than 24 hours later, a 61-percent majority of Goodlatte’s own Republican peers in Congress voted in favor of House Speaker Paul Ryan’s shoddy $1.1 trillion omnibus bill, which as we reported yesterday funds both illegal immigration and Obama’s Syrian refugee resettlement program.

To be fair, Goodlatte himself voted against the omnibus bill, meaning that he definitely gets to stick around in case we decide to vote everybody else out.

But guess who did vote in favor of the bill … Jason Chaffetz, Mia Love, Peter King, Mike Simpson and Sean Duffy, to name a very few.

It just goes to show that Sen. Jeff Sessions spoke truthfully yesterday when he slammed his fellow Republicans for their unspeakable “betrayal.”

We don’t even need a Republican Party if they’re gonna do this.  You know, just elect Democrats, disband the Republican Party, and let the Democrats run it, because that’s what’s happening anyway.

I most certainly feel his pain.

Our Republican-led House just voted to pass a $1.1 trillion spending bill that hands Obama every single thing he wants, and given the trend among Republicans right now, I expect the Senate to promptly follow suit.

That said, I disagree with the idea that the Republican party is officially dead, because plenty of Republicans on the state level — Scott Walker, Rick Scott, Mike Pence, Bobby Jindal, etc. continue to fight tooth and nail against Barack Obama’s policies.

What we therefore need, in my opinion, is not a new party but rather an entirely new Congress, meaning that we must refrain from been hoodwinked come the next election and instead only vote into office genuine conservatives.

Speaking of which, take a close look at the following list of Republicans who voted against the bill:

Memorize that list, ladies and gentlemen, because these 95 men and women represent the only Republican members of the House who might deserve reelection.

As for their peers … don’t let the door hit you on the way out!