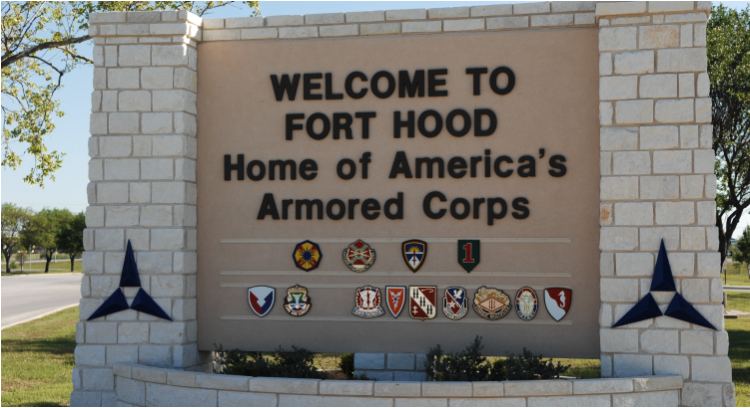 To my friends, fellow Texans, brothers in arms, members of the committee, and everyone within the sound of my voice, greetings.

My name is First Lieutenant Patrick Cook of the 49th Transportation Battalion, Fort Hood, Texas, and this past Wednesday I found myself trapped in an enclosed room with fourteen of my fellow Soldiers, one of whom was barricading the door against a madman with a .45 pistol when he was fatally shot. Through what I can only describe as a miracle, he somehow found enough strength to continue pushing against that door until the shooter gave up and went elsewhere, at which time he collapsed. Nearly a week later, I can still taste his blood in my mouth from when I and my comrades breathed into his lungs for 20 long minutes while we waited for a response from the authorities. This Soldier’s name was Sergeant First Class Daniel Ferguson, and his sacrifice loaned me the rest of my life to tell this story.

But I write to you today not to memorialize this brave Soldier, nor to tell a war story about how we made the best of a losing situation, but to express the part of that story that some in high positions of power clearly do not want told: I knew this was going to happen. I had been saying for five years that Fort Hood was a tinderbox of another massacre waiting to happen. It had to happen, because our betters failed to learn the obvious lesson of five years ago. Worse yet, I know it will happen again. More will die, more will be wounded, more families will be torn apart, needlessly. It happened again, and will happen again, because Fort Hood is a gun free zone.

When the first shots rang out, my hand reached to my belt for something that wasn’t there. Something that could have put a stop to the bloodshed, could have made it merely an “ugly incident” instead of the horrific massacre that I will surely remember as the darkest twenty minutes of my life. Stripped of my God-given Right to arm myself, the only defensive posture I had left was to lie prostrate on the ground, and wait to die. As the shooter kicked at the door, I remember telling myself, “oh well, this is it.” It is beneath human dignity to experience the utter helplessness I felt that day. I cannot abide the thought that anyone should ever feel that again.

At the point blank range at which this shooting occurred, anyone with an M9 and some basic instruction could have ended the mayhem as quickly as it began. An MP by trade and a CHL holder, I am convinced that concealed weapons would have stopped it, but openly carried side-arms, like the ones carried in a law enforcement capacity, could have prevented it entirely. Instead, many more died because of the fatally misguided restrictions on the carrying of arms, which obviously the madman did not respect.

I shall conclude by restating my warning. This will happen again, and again until we learn the lesson that suppressing the bearing of arms doesn’t prevent horrific crimes, it invites them. To those of you who hold elected office, if you hear nothing else I have told you, hear this: you have the power to stop the next massacre from happening. You have an opportunity to restore the sacred Right to bear arms, which has been either stripped entirely or unjustly relegated to the poor substitute of a probationary, government-issued privilege. For God’s sake, do the right thing.

Thank you for your attention, and good day.

Steve Straub
Steve has been involved in national politics for over 20 years and helps run one of the largest conservative opinion and analysis sites in the country.
Democrat Senators Beg Michael Horowitz to Investigate Rudy Giuliani So They Can Get Trump
An Advance Look at Tonight's Democrat Party Debate That Includes Bloomberg
Zimmerman Suing Warren and Buttigieg For Millions Over Alleged Defamation in Trayvon Martin Case
Washington Post Accidentally Exposes Its True Colors, Wants Elites to Have More Say on Who's President
Three Cartoons Explain Problem With Bloomberg's Candidacy, He's an Elitist Big Government Snob
See more...