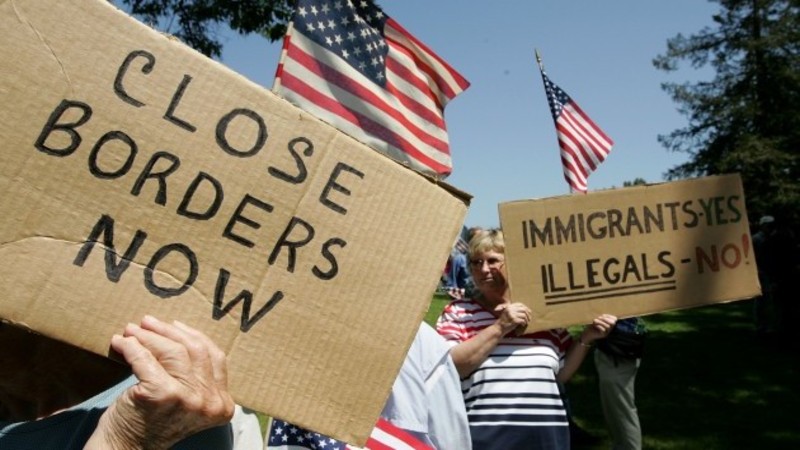 Our country is going through an immense immigration crisis that will not be able to endure for much longer.

It turns out a new report from the U.S. Census Bureau shows that nearly all immigrant families with four or more children in the house are on some type of government welfare program.

In the data analyzed by the Center for Immigration Studies, 93.7 percent of all immigrants — legal and illegal — accessed welfare, mostly free school lunches, in 2012, the latest year for new data. For “native” American families with four or more children, the number was 69.4 percent.

Census reports that with every child, immigrants access taxpayer-funded welfare programs more and more. Some 70 percent of those with one child are on welfare, 71.3 percent for those with two children, and 87.8 percent for immigrant families with three kids in the house.

The report comes on the heels of a Census analysis by CIS showing 51 percent of all immigrants accessing welfare, compared to just 30 percent for native Americans. This story is based on Census data deep in that report.

That report has raised questions about the types of immigrants, apparently mostly poor, being attracted to the United States and the degree to which taxpayers have to take care of them.

The new Census data analyzed by CIS also showed that Hispanic immigrants are far more likely to use welfare than those from other areas like Africa, Europe or Asia.

For example, 65 percent of all Latin American immigrant families are on welfare. For those from Africa, it is 48.3 percent, Europe 25.9 percent and South Asia 17 percent.

Even among Latin Americans the numbers were different. Those from Central America and Mexico tapped welfare the most, at 72.7 percent. Those from the Caribbean were next at 51.3 percent and last were South Americans at 41 percent.

While this study includes legal immigrants, we the taxpayers are also having to baby those who come into our country illegally.

Hispanics use government assistance much more than any other immigrants do. How can we criticize Trump for saying we need to build a wall to keep Mexican illegals out when clearly that’s exactly what needs to happen?

When is enough enough?

Some serious change needs to be implemented, and it needs to happen now.