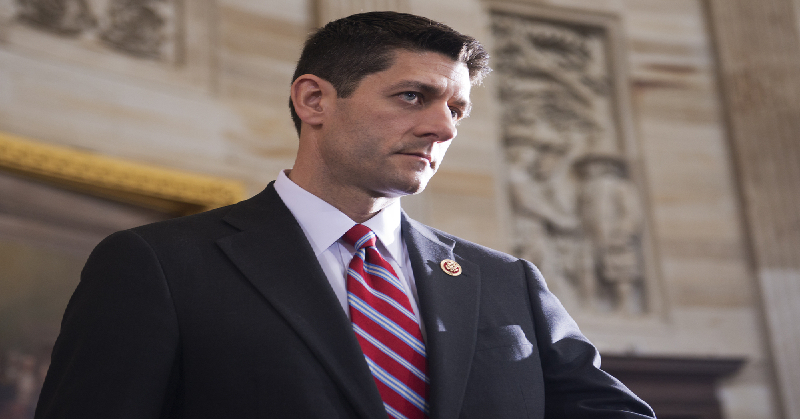 Speaking before the Senate floor, Sen. Jeff Sessions cited Paul Ryan’s omnibus bill as one of the reasons GOP voters are in open rebellion. After examining the contents of the bill, he couldn’t be more correct.

Specifically in regards to the issue of immigration, the bill won’t “make America great again,” to say the least.

Many of us would like more legal immigration, and it’s specifically desirable to have high-skilled immigrants. Ryan funds just the opposite:

The provision “would quadruple the number of H-2B visas for unskilled guest workers, for a total of more than 250,000,” writes immigration attorney Ian Smith. The Americans who fill these jobs are typically “society’s most vulnerable — including single women, the disabled, the elderly, minorities, teenagers, students, and first-generation immigrants,” Smith explains.

A recent BuzzFeed exposé revealed how this program allows businesses to discriminate against American workers and “deliberately den[y] jobs to American workers so they can hire foreign workers on H-2 visas instead.” As one GOP aide told Breitbart News, “This provision is a knife in the heart of the working class, and African Americans.”

Perks aside, the bill is going to be great for violent criminals as well:

Paul Ryan’s omnibus rewards these lawless Sanctuary Cities with federal grants. Division B Title II of Ryan’s omnibus funds various grant programs for the Department of Justice (pages 167, 168, and 169) and contains no language that would restrict the provision of such grants to sanctuary jurisdictions.

which will cost us billions).

Politics has been often called the art of compromise, but what did conservatives gain from this “compromise?”

Thank God we didn’t have to pass the bill to find out that was in it.