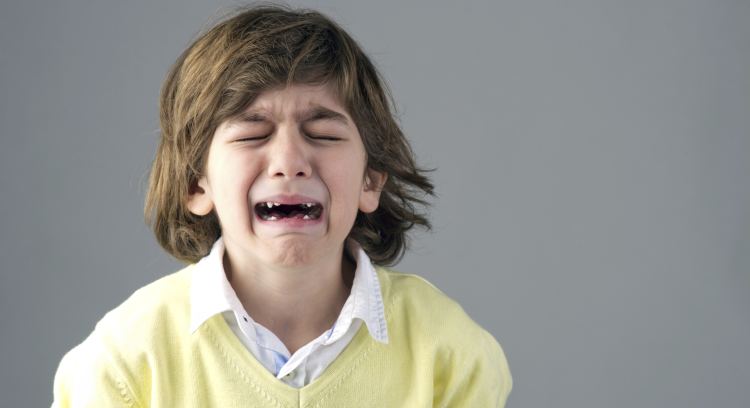 The American Academy of Pediatrics is wading into politics in the most ridiculous way.

They’ve released a post-election recommendation encouraging parents to talk to their children about Donald Trump’s election victory, just in case they suffer psychological trauma as a result.

The Academy represents more than 66,000 pediatricians across the country, so their messages are taken very seriously.

In an email sent out to members after Trump’s victory, the academy’s CEO, Karen Remley talked about the “disturbing rhetoric” following the election and how pediatricians could help children “cope,” The Daily Caller is reporting.

“[AAP members] requested advice on how to speak to children and families about the results, how to help each other cope with disturbing rhetoric, and how to explain news reports of protests. They have sought reassurance that our mission remains steadfast to advance policies that protect all children,” Remley says in the email.

Remley proceeds to offer advice that, while not overtly partisan, clearly treats Trump’s election victory as a psychologically devastating, and perhaps even physically dangerous, event.

“Take care of yourself first,” Remley advises. “Children depend on the adults around them to be and feel safe and secure. If you are anxious or angry, children are likely to be more affected by your emotional state than by your words.”

In another part of the letter, Remley implies Trump’s victory could be a source of real danger.

“Allow your child to express what he or she is feeling, including fear, anxiety, or anger,” she says. “Reassure your child of the steps that are being taken to keep him or her safe.”

At the end of the email, Remley encourages readers to send parents to academy websites about “Childhood exposure to violence,” and “How to support your child’s resilience in a time of crisis.”

What are the “times of crisis” mentioned in the second link? The Sept. 11 terrorist attacks.

The email was forwarded to The Daily Caller by a pediatrician who was so disgusted by the email he quit the organization after 20 years.

“To my knowledge, we were not warned about [health dangers] after the election of Barack Obama, or his reelection,” pediatrician George Fidone told TheDCNF. “This is a political agenda, not for children’s health, just fulfilling a very left-wing political ideology.”

Fidone said he’d never seen such a message put out for an election before, but only for violent events like the 9/11 attacks and the Orlando nightclub shooting. Classing Trump’s victory with those events, he said, was abhorrent.

“[The article implied] an impending sense of danger, chaos for your children,” Fidone added. “They may all be at risk of some psychological harm from this election. That is absolutely a position I don’t share.”