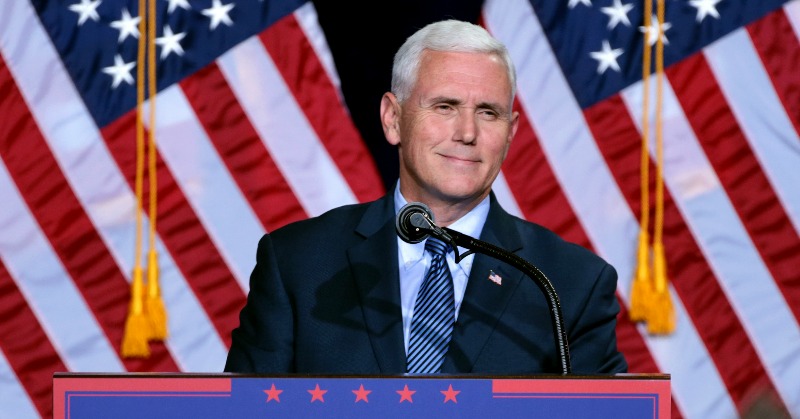 Vice President-elect Mike Pence told House Republicans on Wednesday that when President-elect Donald Trump said he wanted to hit the ground running, he meant it. On his first day in office, Trump will take his pen and start signing executive orders set to start peeling away at Obamacare.

“Make no mistake about it,” Pence said to reporters after meeting with Republican legislators on Capitol Hill. “We’re going to keep our promise to the American people — we’re going to repeal Obamacare and replace it with solutions that lower the cost of health insurance without growing the size of government.”

Hot Air reported that these EOs may not be all that necessary:

In one sense, this will be another form of just desserts. Much of the ACA is built on executive action already; the law mostly provides a framework for regulation by the Secretary of Health and Human Services rather than actual statutes. Tom Price can undo the regulatory structure of ObamaCare once confirmed in that position, but Trump could issue an EO to stop enforcing regulations in the meantime, although those might need to be specifically targeted to be effective, which is why Pence spoke about them in the plural.

…Once Price is installed at HHS, and he will be soon enough, then Price can unwind the regulations in an orderly fashion using the statutory authority granted him by the ACA itself. The next open enrollment is more than nine months out, and that gives Price plenty of time to act.

Bloomberg discussed the slow process that repeal will face in Congress and noted that Trump promised to tackle Obamacare on day one, but Ed Morrissey suggested that Trump should “refrain from falling into that same trap” as Obama did when it came to EOs.

Morrissey also suggested that Trump instead work with the measures that he has available to him “on a statutory and regulatory basis,” similar advice that Obama gave to the incoming president recently in an interview.

However the incoming Trump administration and the GOP-controlled Congress can most effectively begin to tackle the mess that is Obamacare is fine with me.

Obama spent years “using his pen” and that will hopefully come back to haunt him as Trump heads in to use his own pen to undo the last eight years of Obama EOs that have set this country on the wrong path.

No matter how it shakes out, there’s a great deal that needs to be done. The Trump administration will, of course, need to assess what the best tools are to get the job done efficiently and effectively — something they appear to be on the ball about.