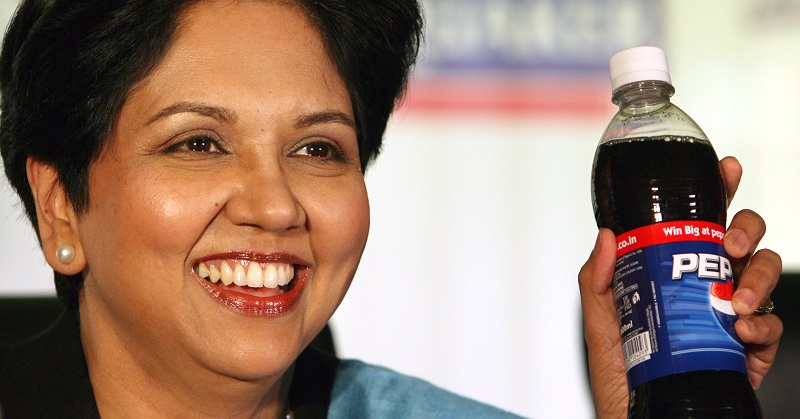 Will they never learn?

The global giant Pepsico is suffering a huge blowback after its CEO made comments critical of President-Elect Donald Trump at a conference Thursday.

CEO Indra Nooyi was speaking at a “New York Times DealBook” conference. She was a vocal supporter of Hillary Clinton and openly expressed her disappointment in the election outcome.

“I had to answer a lot of questions from my daughters, from our employees. They were all in mourning,” Nooyi told The New York Times’ Andrew Ross Sorkin at the conference.

Nooyi said what may have offended her the most was the “vulgar” language Trump used against women.

“How dare we talk about women that way,” Nooyi said. “I don’t think there’s a place for that kind of language in any part of society, not in locker rooms, not in football players’ homes, not in any place. And, if we don’t nip it in the bud, Andrew, this is going to be lethal force that’s going to take over society.”

The hashtag “#BoycottPepsi” has been gaining traction on Twitter.

We won an election against all the odds. We can make boycotts work, too. #BoycottPepsi #TrumpHaters pic.twitter.com/uMWq1cbCZr

Pepsi-Cola CEO to Trump supporters "Pepsi doesn't want your business!" Okay then you won't get mine. #boycottpepsi pic.twitter.com/CrTwpA1cTH

These are your options, if you're sick of corporate CEO interference in elections… #BoycottPepsi pic.twitter.com/UXZX0xh8BB