A new picture has emerged that purports to show Representative Ilhan Omar with both of her husbands at the same time, after President Trump and others have suggested that her second husband is actually her brother.

This would make one strongly suspect that Omar’s repeated denials may indeed be false, and her second husband may indeed be her brother.

Her story is very odd, primarily because Omar has failed to explain completely the apparent overlap between her first and current husband, Ahmed Abdisalan Hirsi and her second and ex-husband Ahmed Nur Said Elmi.

Either way Ms. Omar has some explaining to do.

When she married her second husband, a British national who had just arrived in the U.S., legal documents appear to show she was still living with her first husband.

And the trio all reportedly went off to live together in Fargo while Omar and her second husband were studying at the University of North Dakota.

It also appears that Omar’s father Nur Said Elmi Mohamed has the same name as her second husband’s father. He attended Arlington Senior High School in Minnesota and multiple former classmates say that is also the name of his father.

Here’s the image in question, via the Daily Mail: 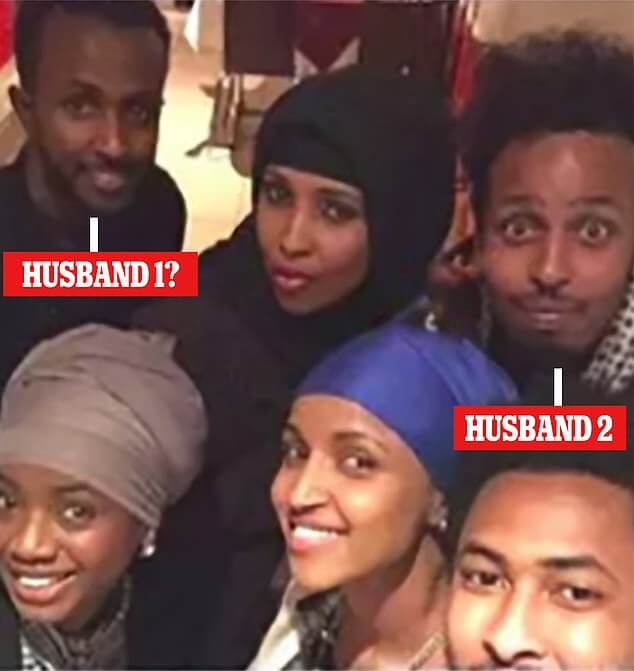 This does seem rather odd, but our guess is you’ll see very little coverage of this from the mainstream media.

After all Rep. Ilhan Omar and the rest of the “squad” are now the official face of the Democratic party.