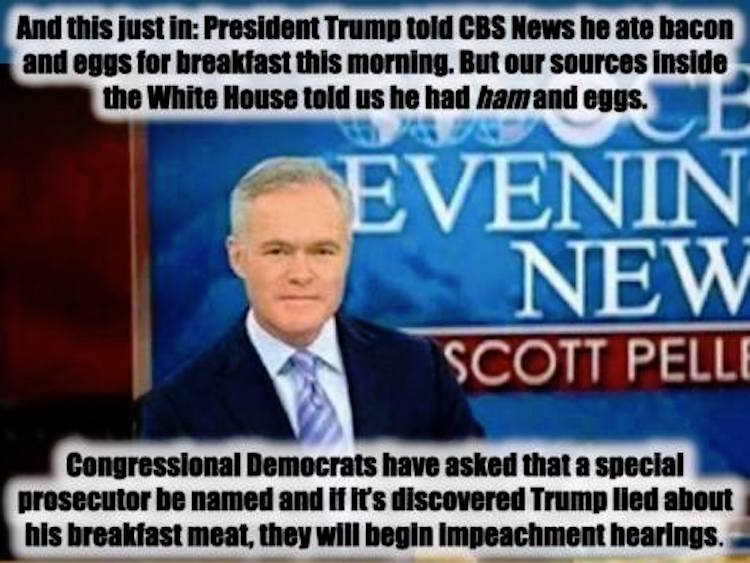 Robert Gehl writes that if you’re a gambler, it’s pretty good money that we will learn nothing new from James Comey’s testimony before the Senate today.

And it’s even better money that the mainstream media will try – desperately – to hype the “nothing new” into something. Anything.

Why? Because running hours of uninterrupted testimony – without a commercial break can get very expensive.

When the former FBI director released his opening remarks Wednesday, it’s very likely we will learn nothing new when he appears before the Senate Intelligence Committee. Comey knows very well how to navigate the political waters and he will say nothing outside of what he has already released.

The big news – that he did, in fact, tell President Trump he is not under investigation (boy, the media got that one wrong, who would have thought anonymous sources could be so unreliable, right?) is already out.

Also big news: Trump demanded “loyalty.” We all suspected he did. The President denied it, saying he expected loyalty to the country, and not to him specifically. In the written remarks (and according to Comey), Trump repeatedly demanded loyalty (“I need loyalty, I expect loyalty.”)

This isn’t good. Comey’s “loyalty” should lie with the nation, it’s laws and the institution of the president, not personal loyalty to Trump, which is almost certainly what Trump was looking for.

But that’s it. Unless Comey walks in drunk or they strap him to an iron maiden, don’t expect anything new from the man.

However long it takes, expect both sides to take potshots at him for not answering their pointed questions … He has to know this and it’s certainly not going to be a pleasant experience for him.

Now … here’s where the real money is if you’re a betting person: The media “Hype” will go into warp drive. They will hype like they’ve never hyped before. Call it “hyper-hyping.”

All three major networks are going to preempt their soap operas and B-grade game shows to carry the testimony live. Talking heads like George Stephanopoulos and Andrea Mitchell will talk breathlessly about the testimony, no matter what he says.

CNN has had a countdown clock to the moment Comey walks into the Senate chambers. They started it at 48 hours. A countdown clock. For scheduled Senate testimony.

It’s asinine. The media is stuck, they’ve played this up as the most important news event since the killing of Osama Bin Laden and they can’t stop now. No matter what happens, it will be big news.

So it’s very likely they will re-hash the same news they’ve reported on before – because there will be nothing new to report.

That’s an important part of the “fake news” narrative. Just repeat old news as if its new – the public will hear the breathless reporting again and think “Boy, Trump did it again!”

Don’t fall for it.