A descendant of the real Pocahontas just took Elizabeth Warren to the woodshed over her claim to be of Native American heritage and called on her to apologize:

Debbie White Dove Porreco, who says she is a descendant of the 17th-century Native American Pocahontas famous for allegedly saving the life of Englishman John Smith, appeared on Fox News Tuesday and called on Warren to “come back and apologize to everybody for what she’s done.”

The interview came a day after the Democratic senator released the results of a DNA test that “strongly support the existence of an unadmixed Native American ancestor in the individual’s pedigree, likely in the range of 6-10 generations ago,” according to Carlos D. Bustamante, a professor at Stanford University, and the author of the report Warren released on her DNA results.

On “Tucker Carlson Tonight” Tuesday, Porreco noted that while she was “glad” Warren took a DNA test, “It did prove that she isn’t the Cherokee Indian that she’s been claiming to be for so long.” …

Sovereign tribal nations set their own legal requirements for citizenship, and while DNA tests can be used to determine lineage, such as paternity to an individual, it is not evidence for tribal affiliation. Using a DNA test to lay claim to any connection to the Cherokee Nation or any tribal nation, even vaguely, is inappropriate and wrong. It makes a mockery out of DNA tests and its legitimate uses while also dishonoring legitimate tribal governments and their citizens, whose ancestors are well documented and whose heritage is proven. Sen. Warren is undermining tribal interests with her continued claims of tribal heritage. 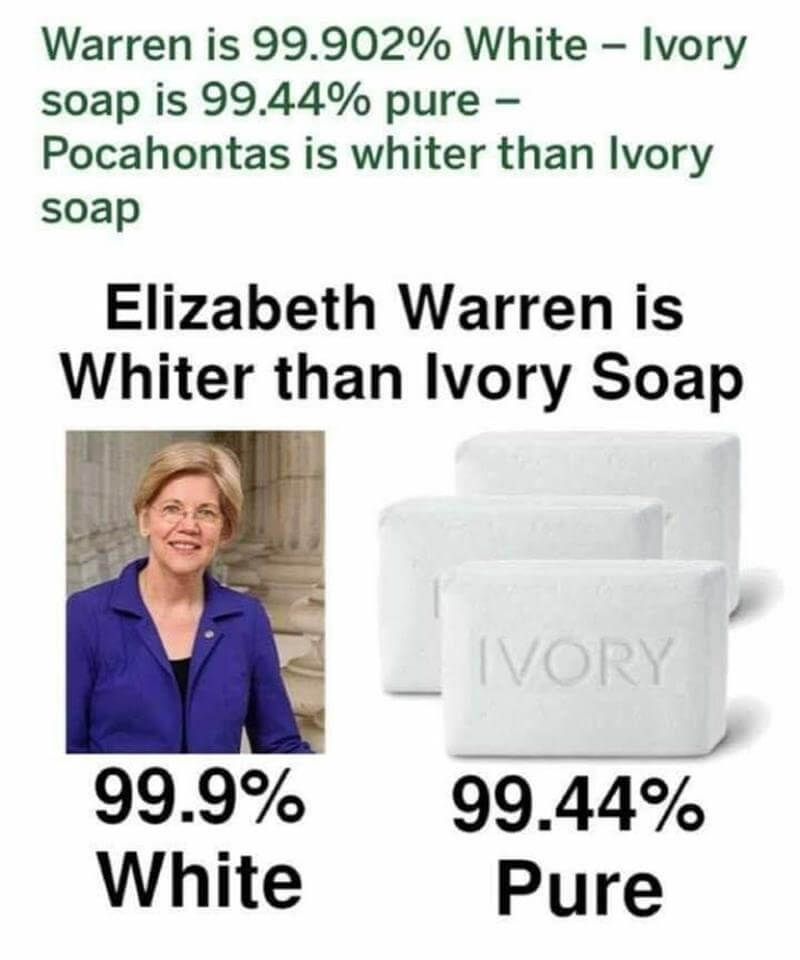 Debbie “White Dove” Porreco is absolutely correct, but Senator Warren has no shame, so she shouldn’t hold her breath waiting for an apology.

Steve Straub
Steve has been involved in national politics for over 20 years and helps run one of the largest conservative opinion and analysis sites in the country.
Minnesota Mayor Claims Traffic Cops Should Not Be Armed, Forgets Officers Sometimes Get Killed During Traffic Stops
Just Months After Biden Takes Office U.S. Consumer Prices Post Biggest Gain in Over 8-1/2 years
Florida Governor Ron DeSantis Hits Back at the Leftist Corporate Media For Their Smear Campaign Against Him
Biden Goes After Amazon For Not Paying Federal Taxes Defending Corporate Tax Increase to Pay for $2 Trillion Bill
Afghan President Humiliates Joe Biden, Rejects Revised Peace Deal Offer, Proposes Elections in 6 Months
See more...