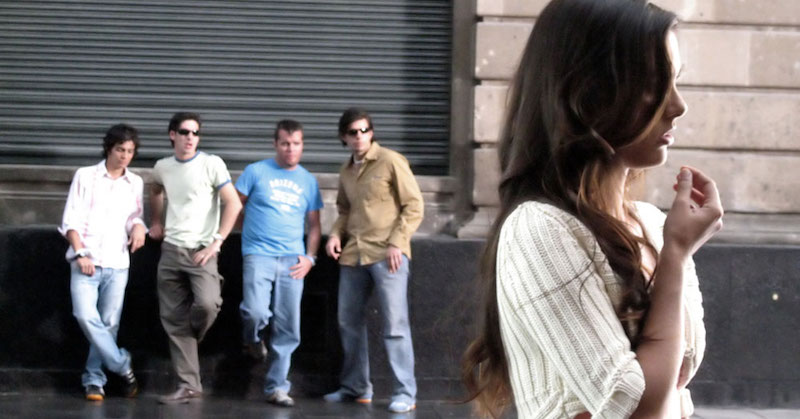 Because keeping up with Radical Islamic Terrorism is apparently a piece of cake, police in one U.K. city have decided to make misogyny a hate crime.

What exactly does that mean? Well, the easiest way to explain it is to assert that a crime was committed specifically because the victim was a woman.

Except they’re not stopping there. The police in Nottinghamshire are planning on recording and citing people not for harming a woman … but for being … well, a creep.

We’ve started recording misogyny as a separate category of hate crime. It’s where either a crime or an incident occurs and the victim feels that it’s occurred because of their gender (i.e.: the fact that they’re a woman). Staring at breasts isn’t a crime, per say, but it’s an offense… And it’s one that we can, in the right circumstances, deal with the offender, report them for summons, and take them to court.

This new category, Newsweek is reporting, will include everything from verbal comments to wolf whistles to “unwanted physical approaches.” Also, sending unwanted messages and taking pictures is also a criminal offense. If the police are contacted, they will provide “support” for the victim, whatever that is.

So women’s rights groups areall over this. They think it’s fantastic that pretty much any heterosexual guy at one time or another is going to be a misogynistic, hate-criminal.

“Nottinghamshire Police’s commitment to taking misogynistic hate crime seriously should be welcomed and rolled out nationwide,” Sam Smethers, CEO of the Fawcett Society said. “We need to call out misogyny for what it is – a hate crime. Women and girls face a tidal wave of abuse and harassment every day. Our law has to send a clear signal that this is not acceptable. It is a crime.”

The folks at the “End Violence Against Women” coalition was pleased as punch.

Except “unwanted sexual attention” is not violence, folks. It’s just not. Looking a bit too long, smiling at a pretty lady. Checking out the gams on a hot dame … That’s what guys do. Sometimes it’s creepy. But it’s not a crime.