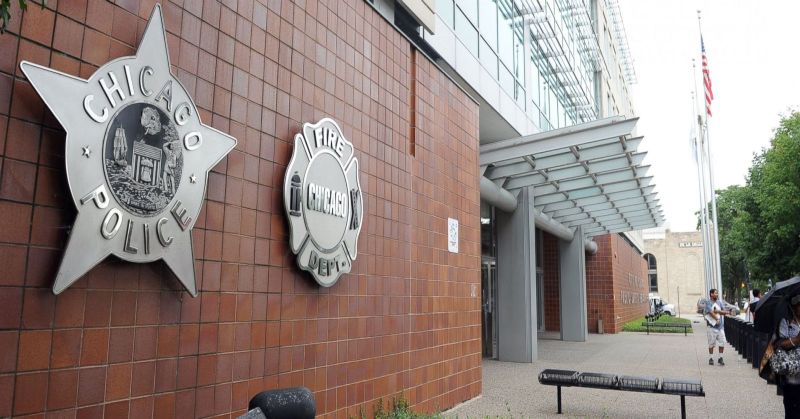 Chicago police have made a series of raids throughout the city, targeting mainly the South and West Side neighborhoods.

The raids resulted in 81 arrests, mostly for drug and weapons related charges.

Massive, out of control crime has persisted for years in the Windy City. The Chicago Police Department’s crack down is reason to be optimistic about curbing criminal activity.

The raids were orchestrated Thursday and Friday. Superintendent Eddie Johnson called the sale of narcotics an “underlying source of crime” at a press conference on Friday.

Of the 81 people arrested, Johnson said 61 are previously convicted felons, 49 are documented gang members, 19 have previously been arrested on gun charges, 14 are currently on parole, and 65 have been previously identified by police to be at a higher risk to be a victim or offender of gun violence.

Police are still looking for 40 people targeted in the raids, and said another raid in the coming weeks will have federal assistance.

A crackdown on black market gun trade is long overdue in a city plagued by disturbing murder rates. Of those arrested, 62 were felons. Police seized many guns during the raids, including a rapid fire machine gun.

Anthony Riccio, chief of organized crime, stressed the importance of drug and weapons seizure in curbing Chicago crime rates. According to Supt. Eddie Johnson, “We are almost double in gun arrests than we were the same time last year — that’s a ridiculous number.”

Drugs were also seized in the raids, which had been planned for about three weeks.

“Narcotics and narcotic sales is the thing that allows the buying of guns,” Riccio said.

Johnson urged lawmakers at every level of government to help with stemming Chicago’s seemingly out of control gun violence.

“CPD can do better, our judicial system can do better, our state legislators can do better. It takes all of us,” he said. “If you’re OK every day sitting by watching these people die and that’s OK with you, then good luck on that. But if you care at all, you should be helping the city do something about this violence.”

Is the tide turning in Chicago neighborhoods?

It seems that something is finally being done. Many wonder how much is owed to pressure from Trump, who continually highlights crime in Chicago.

Seven people shot and killed yesterday in Chicago. What is going on there – totally out of control. Chicago needs help!