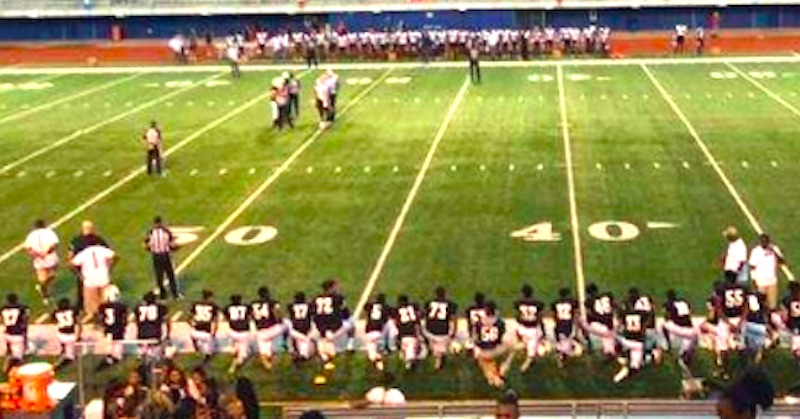 When the students decided to protest the National Anthem at a Louisiana high school, the local police were having none of it.

The deputies in Jefferson Parish refused to work the extra shifts needed to provide security at Bonnabel High School, furious at the students’ un-American antics.

The protest even took the school superintendent by surprise.

“I was a bit taken aback at first. Keep in mind, I know what is happening nationally with some of the protests that’s happening across the country,” Jefferson Parish Public Schools Superintendent Isaac Joseph said, PJ Media is reporting. “They do have a right, and legally we do not have any right to punish or offer any sanctions against the team or team members.”

On Facebook, the team posted a picture of them taking a knee during the Star Spangled Banner. One team member wrote: “It [sp] a shame that my teammates really my brother can’t express themselves without being labeled as the bad guy.” 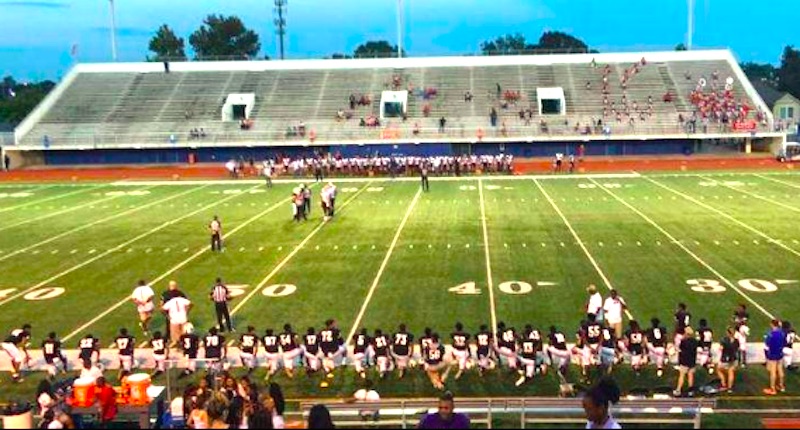 Law enforcement officers in Jefferson Parish were not happy.

“My understanding is, we’ve had some officers that said they will not work the Bonnabel High football games,” Sheriff Newell Normand said, Fox8Live is reporting. “I understand why, in light of Colin Kaepernick’s comments, specifically when he says, ‘Cops are getting paid leave for killing people.’ That’s not right, that’s not right by anyone’s standards. The fact of the matter is we risk our lives each and every day for the safety and security of our constituency throughout this country.”

Some of the officers are making their own voice heard and not signing up to work security detail.

Normand says he won’t force the officers to work if they feel the it disrespects their job.

“That fuels the disappointment in my officers when they see this happen, and I can fully understand their disappointment and frustration,” Normand said. “When they’re on the clock and they’re working for me, they’ve got to do what they’ve got to do, because that’s what they’re hired to do. That’s not what this is – this is a voluntary detail where they volunteer to work this extra detail separate and apart from what they’re hired to do.”