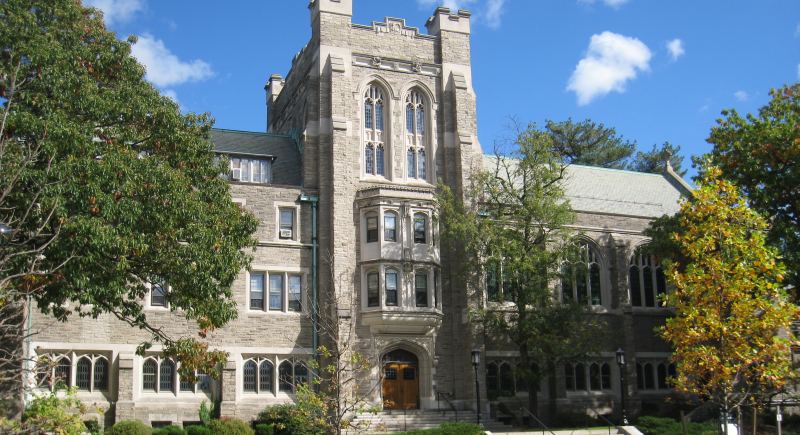 “All-gender bathrooms” are becoming more common in politically-correct America and Harvard Divinity School proudly announced their contribution to this growing trend via Twitter.

“The sign reads in all caps “ALL GENDER RESTROOM,” adding that “Anyone can use this restroom, regardless of their gender identity or expression. It has the universal symbol for a man and woman, indicates it’s handicapped-accessible and then contains a fourth images which is a combination of the traditional “man” and “woman” symbols.”

“Ultimately, the goal is to eliminate sex-specific bathrooms altogether. With so many terms and “shades” of “gender identity,” it’s simply impossible not to offend someone or “discriminate” against someone.”

Gender Neutral bathrooms, really? Until we in this Republic understand that we are ALL Americans— both male and female, there will be no end to the confusion created by separating each citizen into a specific group classification.

As Frederick Douglass said in his speech on the Dred Scott Decision in May, 1857:

“The Constitution knows all the human inhabitants of this country as “the people.” It makes, as I have said before, no discrimination in favor of, or against, any class of the people, but is fitted to protect and preserve the rights of all, without reference to color, size, or any physical peculiarities.”

There should be only one distinction between Americans, and that is of Male and Female. Once you create hyphenated groups by defining both male and female as a different puzzle from many different pieces, you will not only complicate society, but you will cause conflicts between citizens, greater division, and ultimately a society of “social” law rather than Constitutional Law.

This kind of confusion by complicating differences in anatomy is just another attempt by some in our nation to eliminate a mother and father symbol. This goal of eliminating a distinctions between male and female is not about “equality”—it’s all about collectivism.

Once you PUBLICLY begin the endless “naming” of different lifestyles, races, religions, and colors, you will divide a nation— and ultimately because of “need”—-enslave a nation in societal uniformity.

Tolerance is leaving people alone—by not harming or obstructing others—it is not being forced to recognize or support another’s different beliefs and lifestyles.

“I put my foot upon the effort to draw lines between the white and the black, or between blacks and so-called Afro-Americans, or to draw race lines any where in the domain of liberty. Whoever is for equal rights, for equal education, for equal opportunities for all men, of whatever race or color,— I hail him as a “countryman, clansman, kinsman and brother beloved.”

It is time we stopped this perpetual division of our society into groups. Let us all be Americans, both male and female, and it will simplify not only the law, but it will eliminate public interference with private lifestyles and pursuits.

Stop collectivizing people and you will set a nation free. Dividing citizens into groups is a Soviet idea, it is not American.

What do you think about gender neutral bathrooms?