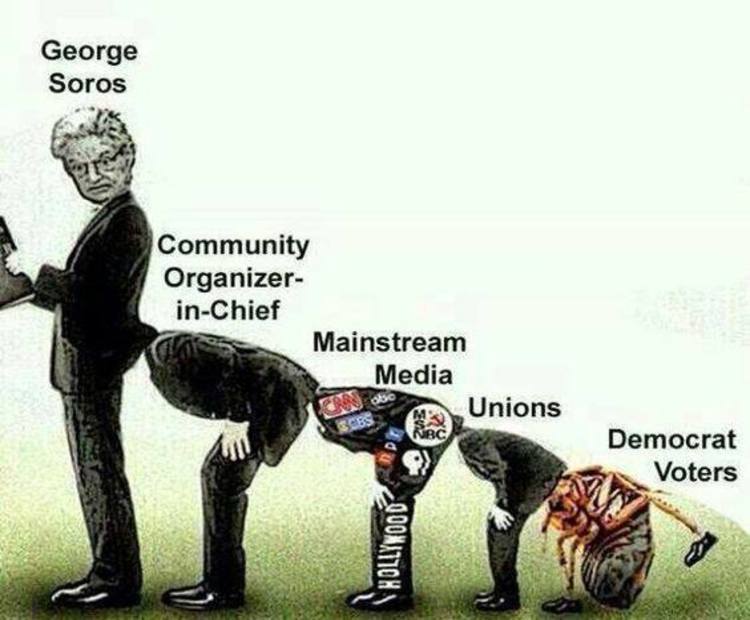 We must do something to push back against the rise of hate crimes in the U.S. https://t.co/PQiWkU1US1

After a series of attacks against immigrants and minorities since Election Day, the financier says he will commit $10 million from his personal foundation to combat a rise in hate crimes that he linked to the “incendiary rhetoric” of President-elect Donald J. Trump’s campaign.

Mr. Soros, a Holocaust survivor originally from Hungary, said in a telephone interview this week that he was “deeply troubled” by hundreds of reports of possible hate crimes since the election — including many Nazi swastikas spray-painted on cars and buildings.

“We must do something to push back against what’s happening here,” Mr. Soros said, blaming what he termed the “dark forces that have been awakened” by the election.

As AllenBWest.com reported, the facts don’t seem to matter here, as these “incidents” are often hoaxes perpetrated by anti-Trump protesters.

Then again, facts don’t usually get in the way of pushing the left’s agenda, as we saw with the Black Lives Matter movement and Occupy Wall Street — two groups that Soros and his minions had their hands in.

In August, The Washington Times reported:

The Ford Foundation and Borealis Philanthropy recently announced the formation of the Black-Led Movement Fund [BLMF], a six-year pooled donor campaign aimed at raising $100 million for the Movement for Black Lives coalition.

That funding comes in addition to more than $33 million in grants to the Black Lives Matter movement from top Democratic Party donor George Soros through his Open Society Foundations, as well as grant-making from the Center for American Progress.

The New York Times reported further on the initiative:

He said his $10 million commitment for the hate crime initiative, the single biggest gift of its kind to emerge since the election, was not intended as a political statement on Mr. Trump. But he did say he believed campaign statements from Mr. Trump and his supporters — including disparaging remarks about Muslims, Mexicans, women and others — were “directly responsible” for the recent outbreak of episodes.

Oh look, Soros is going to swoop in and “help” people offended by hateful rhetoric fabricated by leftists and spread by the corporate-owned, fake-news-peddling mainstream media.

Gee, by Soros’ own logic, the MSM should be responsible for the spate of violence/harassment against Trump supporters, along with the hoaxes committed by leftists yet blamed on Trump supporters…

Then again, as AllenBWest.com pointed out, Soros is someone who stole from Jews during the Holocaust and even smiled about it years later, despite being Jewish himself. Take a look at the video of Soros’ comments about his actions and lack of regret for them at about 6:58 in the video:

As we’ve reported extensively here at TFPP, this is precisely what globalist progressives do. They fund groups that divide and destabilize the nation through violent protests/riots and other such tactics so that they can push their radical agenda.

The liberal mainstream media has foisted the narrative that Trump and his supporters are racist and any number of other identity-politics-based allegations to set the stage for their agenda. It isn’t true, but it doesn’t matter; all they have to do is get it into the public’s consciousness and create the fear that will allow them to push through their destructive policies.

The only hitch in their plan is that people are waking up to the MSM’s fake news, and it might be harder for them to advance their lies in the future. Hopefully that’s the case.