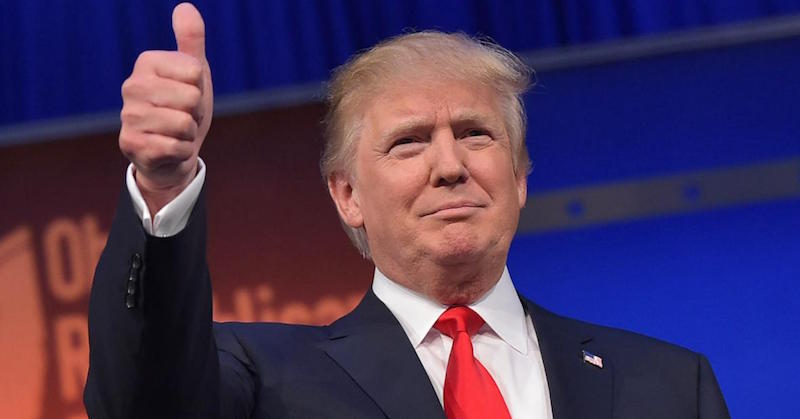 Donald Trump has more support among blacks than any Republican candidate in history.

A SurveyUSA poll shows in a head-to-head match between Hillary Clinton and Donald Trump, one in four black voters line up behind Trump.

If this level of support holds until November, Trump should win in a landslide with historic levels of support from African Americans.

The question asked of 1,000 registered was: “In 2016, America will elect a President. If the election for President of the United States were held today and the only two names on the ballot were Hillary Clinton and Donald Trump, who would you vote for:

The results show Donald Trump with a 5 percent lead over Hillary Clinton, 45 to 40 percent, with 16 percent undecided. Men support Trump over Hillary 50 to 35 percent, while women support Hillary at 44 to 39 percent.

The deep support among minorities shows thateverybody– not just white people – are disgusted with “politics as usual,” and willing to cast their vote for “change.”