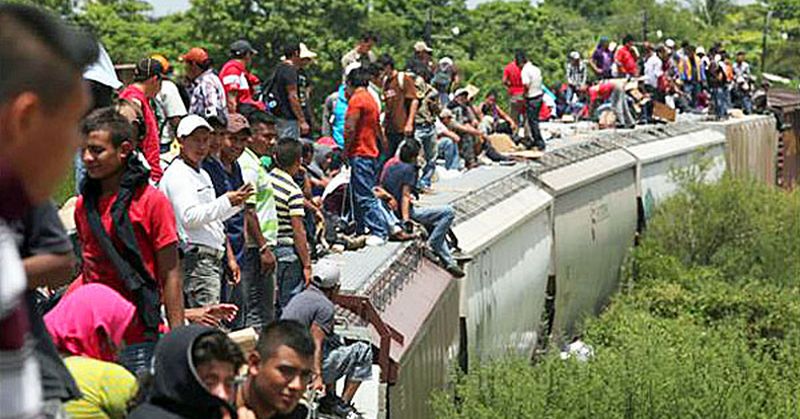 If you buy the liberal media narrative that immigration is somehow a divisive issue, think again.

A new poll done in San Diego shows an overwhelming majority of residents would support a massive tax increase if it would be spent deporting illegal aliens.

shows more than four in five respondents would pay an additional$4,000 per taxpayer to “deport America’s illegal immigrants.” Only fewer than three in ten said they would not.

Equally telling: 54 percent agree that “people who have entered the United States without proper documentation” should be deported, while only one-third say they shouldn’t.

When it comes to the presidential election, 47 percent side with Donald Trump’s approach, while only 37 percent believe Hillary’s immigration approach is best.

These numbers are huge for Trump and Republicans. If it can be extrapolated to the rest of the country, the GOP has a huge advantage on this issue in November.

Another equally telling number: 48 percent say that all immigrants – including children born in the United States – should be deported.

, San Diego County is not a traditionally conservative area. Barack Obama won the county over Mitt Romney in 2012 by almost eight percent.

The poll was conducted on June 23 and has a margin of error of 4.1 to 6.8 percentage points.

The media narrative is that Trump is alienating minorities – particularly Hispanics – with his promise to build a “big beautiful wall” to keep out illegal immigrants from Mexico and Central America.

The results of this poll could turn that on its head.