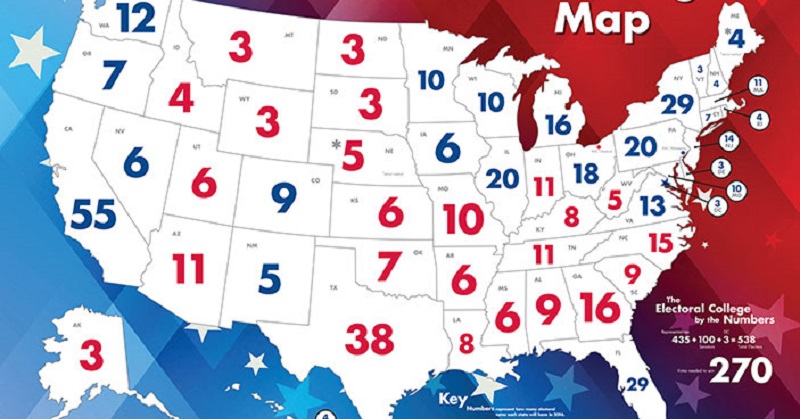 It was big, national news when it came over the wire on Wednesday: Arizona – home of Barry Goldwater – was becoming Clinton Country!

A new poll shows Democrat Hillary Clinton with a lead in the traditional Republican stronghold of Arizona, yet another sign of Donald Trump’s shrinking path to the nomination.

The survey, released jointly by the Arizona Republic, Arizona State University’s Morrison Institute for Public Policy and Cronkite News, showed Clinton with the support of 43% of the state’s likely voters, compared with 38% who said they intend to back Trump.

Hidden within their details is this little factoid: of their 1,179 respondents, 23.6 percent were Republican and 57 percent were Democrat. This is in a state where voter registration is 35 percent GOP and 30 percent Democrat. It’s so biased and skewed that it cannot possibly be considered an accurate poll. Period.

They admit this – kind of – but pretend it won’t really matter:

Registration among parties is about 35 percent Republican, 30 percent Democrat, and the rest with other parties or with no party preference (Independents). In our data, respondents to the voting questions tended to be a less representative of Republicans, but no statistical association between party and response was found.

What? “Tended” to be less representative? Is 57 percent to 30 percent a “tendency”? And on what planet would there not be a statistical association between “party” and the “party members’” choice for president?

So here’s the problem with this: Donald Trump has been criticized for saying the election is “rigged.” Well, when you come out with “scientific polls” that show a state like Arizona possibly tilting toward Hillary Clinton, you’re going to dramatically increase Democratic voters in a state that is almost always red – meaning Arizona could turn for Hillary Clinton because Trump voters think all hope is lost and Clinton voters are energized.

That, my friends, is what is simply wrong.

I don’t believe the outcome of the election will be rigged. But there are elements who are doing their damnedest to make sure the fix is in one way or another before the ballots are counted.