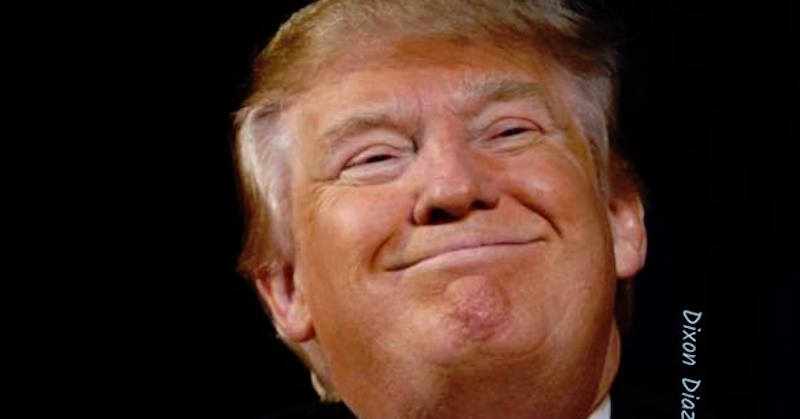 Let’s say you want to do a poll that shows the American people really don’t like President Donald Trump.

You know that the most popular poll around – the Rasmussen Daily Tracking poll – shows the President with a 51 percent approval rating. But you need your poll to skew much lower than that.

What do you do?

Well, if you’re Quinnipiac University, you skew the poll and ask many more Democrats than Republicans.

Which is what they did and what do you know? The Quinnipiac poll shows Donald Trump has an abysmal 38 percent job approval rating. Voila!

Here’s how they did it:

Nationally, according to Gallup, the country is divided into 28 percent Republicans, 25 percent independents and 25 percent Democrats. That’s right – more Republicans than Democrats.

But Quinnipiac didn’t use that calculation when they did their poll, theirs breaks down to 25 percent Republican, 34 percent Democrat and 33 percent independent.

So they get a story that starts out this way:

Then they get Quinnipiac academics like Tim Malloy to say things like “President Trump’s popularity is sinking like a rock” and “”He gets slammed on honesty, empathy, level headedness and the ability to unite. And two of his strong points, leadership and intelligence, are sinking to new lows.”

Polls are tough to read. You have to look at the sampling data and the questions that are asked. You also have to wonder. If Rasmussen – one of the most respected polls out there – consistently has the president with a daily approval rating over 50 percent, why are these polls showing such low numbers?

Just pay attention to what you’re looking at. It’s the best way to spot fake news.