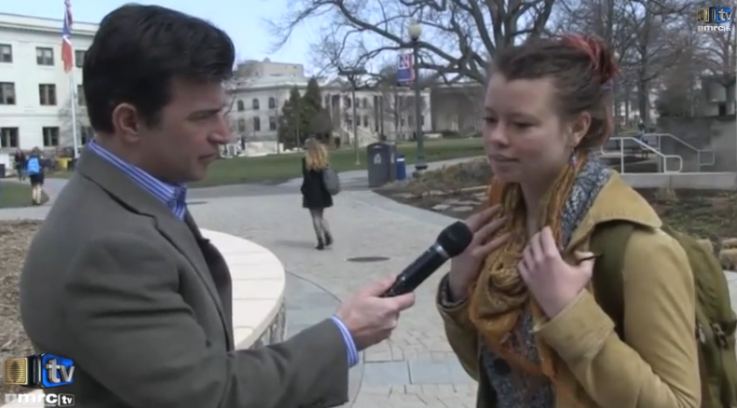 James Madison wrote that “a people who mean to be their own governor must be armed with the power that knowledge gives” yet students at American University in Washington, D.C. — the center of American political activity — can’t even name a single member of  the U.S. Senate.

Dan Joseph, a correspondent for MRCTV, interviewed students at the American University campus and asked them to answer some simple and basic questions about politics and government. Not only were the students unable to name a single U.S. senator, they didn’t even know how many senators comprise the Senate–and some of them were studying political science!

What does this say about the future of our country and our form of representative government?