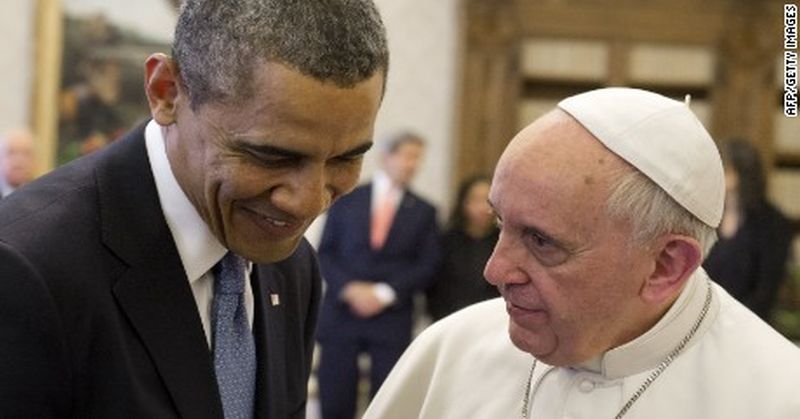 It’s no secret to anyone that Pope Francis is a different kind of Pope.

Francis is a socialist at heart with a desire for everyone to be equal and accepted. But his desire for equality oversteps traditional boundaries.

He has basically stated that Islam and Christianity are one in the same and has admonished the European people for not readily accepting Muslim refugees, even as the refugees are destroying Europe.

His latest statement should be enough for even devout Catholics to disavow him.

In an interview with the French newspaper La Croix, Pope Francis said:

“Today, I don’t think that there is a fear of Islam as such but of ISIS and its war of conquest, which is partly drawn from Islam. It is true that the idea of conquest is inherent in the soul of Islam, however, it is also possible to interpret the objective in Matthew’s Gospel, where Jesus sends his disciples to all nations, in terms of the same idea of conquest.”

So the Pope, the leader of the Roman Catholic Church, is now comparing the 12 apostles to ISIS and saying their mission of spreading the Gospel could be interpreted to be the same as those who are executing non-believers in extremely violent ways? (The latest being dropping 25 men into a vat of acid and watching them be dissolved alive.)

Sorry, for me and any other thinking person that’s just not possible.

I would love for the Pope to point out a Biblical passage that describes how Jesus instructed his disciples to conquer the world and to kill those who don’t believe as they do. Just one verse would be sufficient. 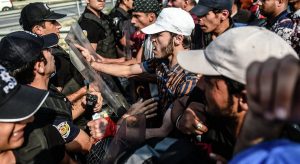 Pope Francis has some really strange ideas. Perhaps in his heart he means well but many of the things he says seem to be in direct contradiction with past Popes and the Catholic church itself. And this latest statement contradicts the Bible itself.

He’s appointed for life or until he voluntarily steps down. Perhaps the world will get lucky and he’ll follow Pope Benedict’s example.

Where is John Paul when you need him?