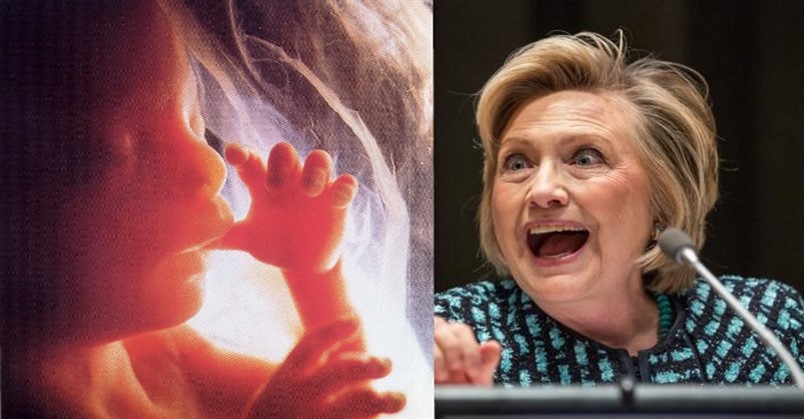 This is it. Election Day is tomorrow, and despite what #NeverTrumpers will tell you, the differences between a Trump administration and a Clinton administration will be enormous.

At the Washington Examiner, Marjorie Dannenfelser of Susan B. Anthony List and Father Frank Pavone of Priests for Life have an incredibly important editorial urging pro-lifers to vote for Donald Trump. The whole thing is worth reading, but here’s the bottom line:

If Clinton and the Democratic Party get their way and repeal the Hyde Amendment, as many as 60,000 more babies would be aborted every year, paid for by taxpayers. We must not cross that Rubicon.

Then there are the estimated18,000 children a year who would die in painful late-term abortions. This would go unimpeded by Clinton, who says a baby on its due date has no constitutional rights. That adds up to 312,000 human lives lost over one presidential term.

The fact that this even needs to be said—to other pro-lifers, no less—at this late date is downright scandalous. But it does, because the maniacal sophistry of the #NeverTrump movement has convinced a sizeable minority of conservatives that protecting their self-image is more important than the election’s impact on the lives, freedoms, health, safety, and prosperity of more than 324 million Americans.

On abortion alone, one need not like, respect, or trust Trump (speaking just for myself, I certainly don’t) to understand that there’s an enormous difference between him, a candidate who may not have personal ideological investment in the pro-life cause but has every incentive to listen to the right people, sign the right bills, and appoint the right judges (and no incentive not to), and Hillary Clinton, a candidate who:

In any other election, all of this would go without saying. But the #NeverTrump movement has somehow convinced a number of conservative, Christian pro-lifers that the symbolism of declaring “he doesn’t represent me and my values” is a higher moral consideration than the blood of innocent children they know for a fact will be spilled as a direct result of Hillary Clinton becoming president. If anybody can consider that yet still justify letting Clinton win under the popular refrain of “vote your conscience,” then “conscience” isn’t the word they’re looking for.