As President Donald Trump departs the White House for the last time, no matter if you liked his personality or not, it’s truly a sad day for America.

But that doesn’t mean that powerful groups who once supported Trump have stopped their work. In fact, according to Fox News, one of the major pro-Trump Super PACS that raised tens of millions of dollars for the president has changed its name and its mission, vowing to fight Biden’s expected push of progressive legislation over the coming months and years.

On the homepage of their website, they’ve cleverly struck out the “defend” part of their name and changed it to “defeat,” while flashing a messaging vowing to stop Joe Biden’s liberalization, socialist agenda, and corruption.

Thanks to tens of millions of loyal Trump supporters, the PAC was able to raise a staggering $16 million during the president’s first and only term and spent $14 million defending his policies in that time.

Now with Trump out of office, the group is more determined than ever to ramp up their efforts, telling Fox News that they plan “to expose the Biden-Harris administration and other Democrats for their left-wing politics” with an impressive seven-figure budget.

The PAC will also make a push to innovate its messaging strategy, including a focus on opposition research for the 2022 midterm elections, new ads and a continued push on social media.

“Joe Biden and Kamala Harris will work around the clock to reverse the unprecedented progress of the Trump presidency. From day one, we simply cannot let that happen. It is our patriotic duty to work around the clock and stop them—before the damage done to America becomes irreversible,” said the group’s chairman and former Republican state senator from Colorado, Ted Harvey.

Quick research shows that the Super PAC was founded in 2013 when it was known as the “Stop Hillary” PAC. It would eventually change its name again in support of Trump after he was sworn into office in 2017.

With Trump leaving the White House, it’s only a matter of time before the Biden/Harris administration begins to work with a Democrat-controlled Congress to push all of the policies that they never could while Trump was at the helm.

In other words, it’s more important than ever for groups like this to continue to raise money and defend the U.S. Constitution so that our rights will continue to be protected.

In his final moments, before boarding Air Force One, Trump vowed that “we will be back in some form.” For the sake of America’s future, we certainly hope he holds true on that promise. 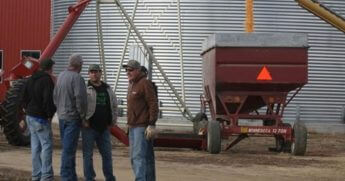 Biden Doubles Down: Will Not Withdraw Stalled Out OMB Director Nominee Neera Tanden