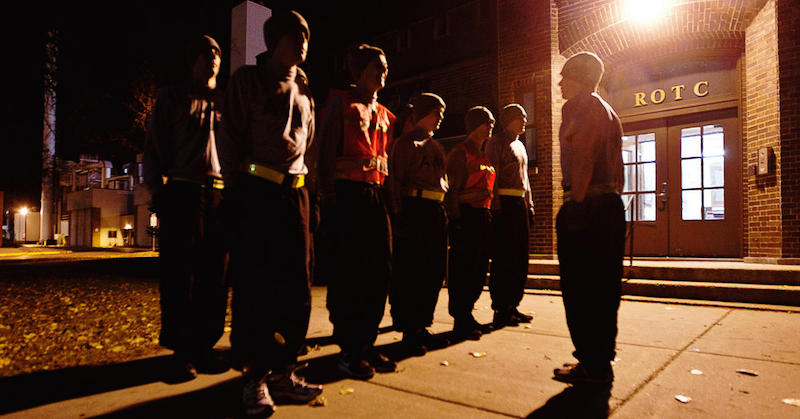 A professor at the University of North Dakota has promised to tie up emergency services by calling 9-1-1 every time she sees student military cadets on her campus.

Of course, this is against the law … you can’t call 911 over and over again. It jeopardizes public safety and is a nuisance.

But Professor Heidi Czerwiec has a point to make and she doesn’t really give a shit who is harmed. 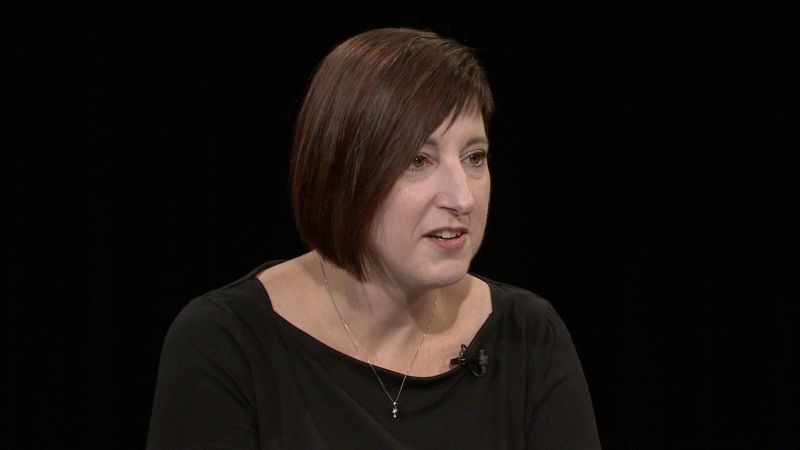 She claims that she saw ROTC cadets training outside her office window, went totally insane with fear and dove under her desk, thinking she was under attack (ROTC has been on the campus for many years). She called the police, panic-stricken. Let’s let Professor Czerwiec explain it, in a letter she wrote in the local paper:

I look up from my office computer to see two figures in camo with guns outside my window. My first thought is for my students’ and my safety: I grab my phone, crawl under my desk and call 911. The dispatcher keeps me on the line until someone can see if ROTC is doing maneuvers.

I can barely talk—first, with fear, and then with rage when the dispatcher reports back that yes, in fact, I’ve probably just seen ROTC cadets, though they’re going to send an officer to check because no one has cleared it with them. They thank me for reporting it.

A few minutes later, a university officer calls me back—not to reassure me, but to scold me for calling 911. He says ROTC has permission to do this exercise. When I tell him that this was news to 911 and that they encouraged me to call whenever I see a gun on campus, he seems surprised.

He also tells me that ROTC will be doing these exercises for the next couple weeks.

So I reply that I guess I’ll be calling 911 for the next couple weeks—and I will. Every time.

Keep in mind, this isn’t a threat Professor Czerwiec made while at a public meeting where she just blurted it out. She wrote it down, re-read it, nodded her head approvingly, and sent it to the local paper so the whole world can see it. Does she know how foolish and illegal this is?

Professor Czerwiec makes her political positions perfectly clear at the end of her letter to the editor:

It’s already highly inappropriate to conduct unnecessary military maneuvers in the middle of the quad. But with school shootings on the increase and tensions at UND running high, it’s especially irresponsible.

We’re already under financial and emotional attack. We don’t need to feel under physical attack, too.

To top it off, the school replied that yes – they did notify the campus community there were ROTC drills being performed on campus. Rob Port over at SayAnythingBlog points out:

UND spokesman Peter Johnson just sent this in response to a request for information about how ROTC exercises are noticed on campus: “We did send an email notifying all students, faculty and staff that ROTC would be holding exercises throughout the spring in the Quad (or Mall) portion of campus (ROTC holds these exercises in the fall and the spring).”

This is just a guess – albeit a good one: Professor Czerwiec – having just publicly announced she’s planning on committing a crime over and over again purely for political purposes – will sit down with that big PhD brain of hers and decide it’s probably not a good idea.

But we’ll see. Her doctorate is in creative writing and poetry. I’m not sure how much “common sense” is taught in that program.