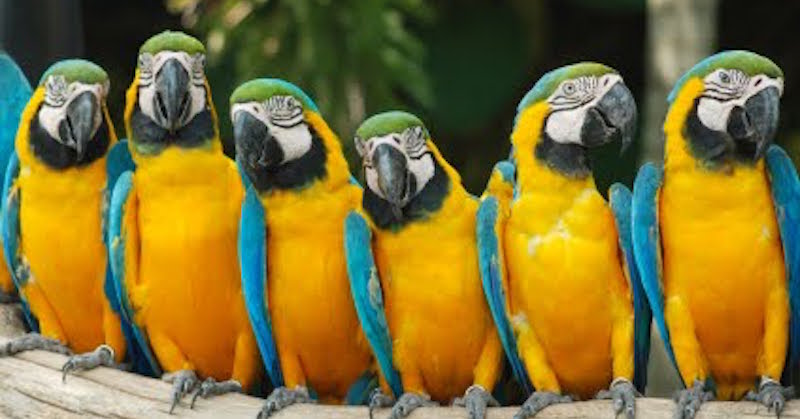 A professor in California is giving his students extra credit if they parrot his leftist propaganda.

If he’s going to get what he wants, he needs an army of soldiers fighting for his cause.

Luckily, he has no scruples whatsoever and will get his students to fight his battles for him! 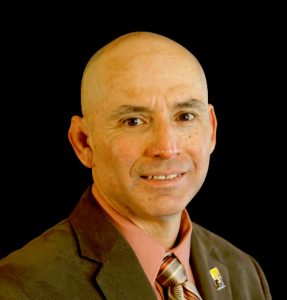 Prof. Barajas is giving his students extra credit if they write a letter to their state lawmakers advocating his “free college tuition” position,” Campus Reform is reporting.

“In a 1 to 2-page business letter, write your assembly member and/or state senator as to how the high fees and tuition of the California State University impacts you, and your family, not only financially but also psychologically and in other ways,” description of the assignment obtained by Campus Reform instructs.

“Also include why you believe free tuition would better impact your education.”

Barajas offers the “extra credit” in his “HIST 271 – The United States Since 1877” class – which makes one wonder how truly relevant a free college education is to that course.

To help students parrot what he wants, he even provides links to what he’s already written in his blog.

In one of his blog posts, Barajas argues that student loans are a new form of financial slavery and urges his elected officials to reinstate a 2008 budget cut that apparently reduced the cost of CSU’s annual tuition.

“In the end, the pursuit of a higher education should not relegate students and their families to an intergenerational existence of a new form of debt peonage,” he writes. “So what is the solution? A good start would be for Gov. Jerry Brown and the legislature to restore the $1 billion in cuts to the CSU budget between 2008 and 2012.”

Barajas then tells his students he needs copies of the letters so he can send them himself. 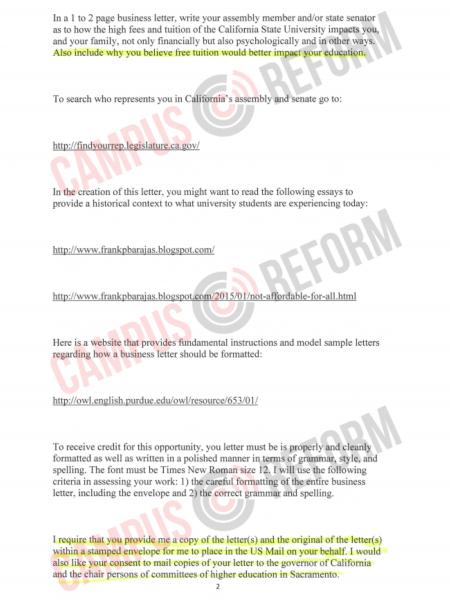 “I require that you provide me a copy of the letter(s) and the original of the letter(s) within a stamped envelope for me to place in the US Mail on your behalf. I would also like your consent to mail copies of your letter to the governor of California and the chairpersons of committees of higher education in Sacramento,” he writes.

When Campus Reform asked Barajas for comment on the assignment, he asserted succinctly that it “does not direct the contents of their letter,” and was only for extra credit.

When asked whether he offers additional extra credit assignments, he described two, one entailing attendance at “certain events” throughout the semester and “the review of films of historical import,” but did not respond to follow-up questions seeking additional details about the alternative assignments.

It is shockingly unethical for a professor to offer an extra-credit assignment that is so purely and personally political. I’ll bet Professor Barajas knows that.