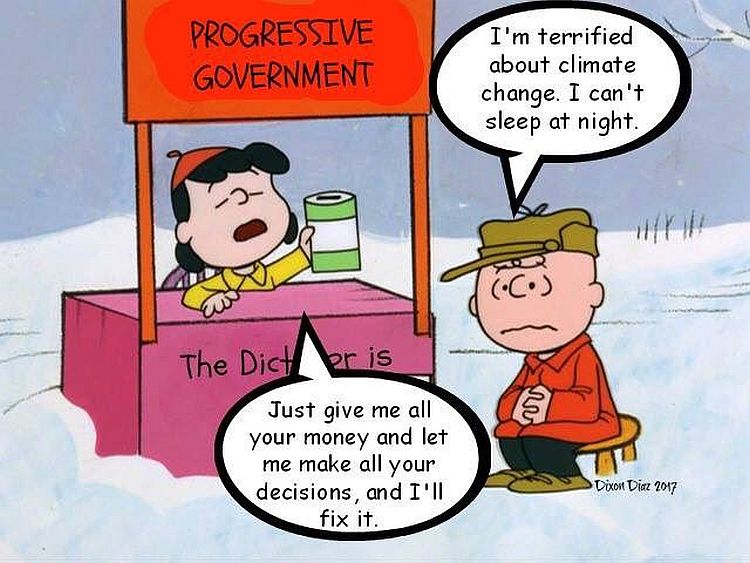 Calvin Freiburger reports that poor liberals keep claiming the debate about global warming is over, and facts keep contradicting them.

At the Spectator Australia, Jennifer Marohasy writes about a new technical paper she collaborated on, applying state-of-the-art data analysis to millennia of global temperatures. Her and her co-authors’ conclusion?

“we cannot confirm that recent warming is anything but natural – what might have occurred anyway, even if there was no industrial revolution.”

Well, that’s certainly not what the alarmists want to hear–or rather, what they want you to hear.

We began by deconstructing the six-proxy series from different geographic regions – series already published in the mainstream climate science literature. One of these, the Northern Hemisphere composite series begins in 50 AD, ends in the year 2000, and is derived from studies of pollen, lake sediments, stalagmites and boreholes.

Typical of most such temperature series, it zigzags up and down while showing two rising trends: the first peaks about 1200 AD and corresponds with a period known as the Medieval Warm Period (MWP), while the second peaks in 1980 and then shows decline. In between, is the Little Ice Age (LIA), which according to the Northern Hemisphere composite bottomed-out in 1650 AD. (Of course, the MWP corresponded with a period of generally good harvests in England – when men dressed in tunics and built grand cathedrals with tall spires. It preceded the LIA when there was famine and the Great Plague of London.)

Ignoring for the moment the MWP and LIA, you might want to simply dismiss this temperature series on the basis it peaks in 1980: it doesn’t continue to rise to the very end of the record: to the year 2000?

In fact, this decline is typical of most such proxy reconstructions – derived from pollen, stalagmites, boreholes, coral cores and especially tree rings. Within mainstream climate science the decline after 1980 is referred to as “the divergence problem”, and then hidden.

As you may recall, hiding inconvenient, contradictory findings is kind of a big practice among the “scientists” liberals want us to blindly follow. None of them ever quite managed to explain how they gleaned “manipulate data and destroy correspondences” from the scientific method, but that hasn’t stopped the press from pretending the evidence for mankind dangerously heating the planet is overwhelming.

Marohasy goes on to explain:

In our new paper in GeoResJ, we make the assumption that an artificial neural network – remember our big data/machine learning technique – trained on proxy temperatures up until 1830, would be able to forecast the combined effect of natural climate cycles through the twentieth century.

Using the proxy record from the Northern Hemisphere composite, decomposing this through signal analysis and then using the resulting component sine waves as input into an ANN, John Abbot and I generated forecasts for the period from 1830 to 2000.

Our results show up to 1°C of warming. The average divergence between the proxy temperature record and our ANN projection is just 0.09 degree Celsius. This suggests that even if there had been no industrial revolution and burning of fossil fuels, there would have still been warming through the twentieth century – to at least 1980, and of almost 1°C.

She notes that that 1°C is the same estimate the Intergovernmental Panel on Climate Change arrived at — but figured human activity had to be to blame. Never mind that pesky medieval warm period predating industrialization.

Given the sheer scope of the Left’s dishonesty on this issue, it’s no wonder they’re so enamored with firing and jailing people who have the audacity to notice.

Every House Democrat Signs On To Corrupt Election Reform Bill, HR-1, Republicans Denounce It As A ‘Federal Government Takeover’